Two planes hit a UFO on aerial photographs of Antarctica 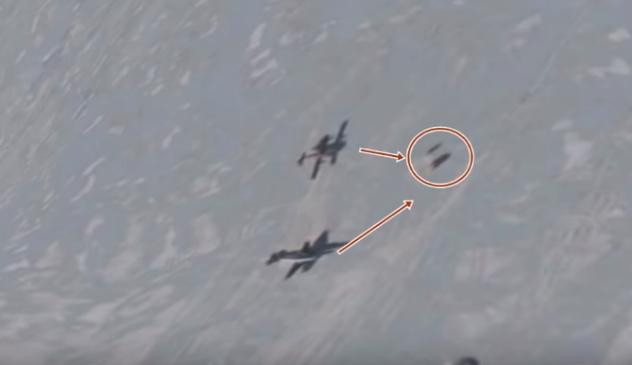 In the photographs of Antarctica, made in the course of aerial photography, two aircraft appeared, pursuing a UFO in the sky. Details about the strange discovery were made public on the UFOmania conspiracy channel on YouTube’s video hosting.

To notice how two planes are pursuing a UFO in the sky, the researchers managed using the Google Maps cartographic platform. Ufologists looked at aerial photographs of Antarctica and noticed a strange chase nearby the research station Mario Zucchelli. Two aircraft flew over a small-sized UFO, which had a disc-shaped form. Both the airplanes and the “flying saucer” cast a shadow at the same time. Experts assure that in this case we can not talk about the ice block. UFO, like his pursuers, really flew through the air. It is not excluded that the Italians saw a mysterious object from their station, after which they tried to approach it closer for research purposes.

Meanwhile, conspiracy theorists have long stated that military aircraft repeatedly harassed aircraft of unknown space civilizations on Earth. Researchers claim that this is happening in the United States, Russia, the People’s Republic of China and in other countries, so it is possible that the most recent picture is captured in the photo that appears.