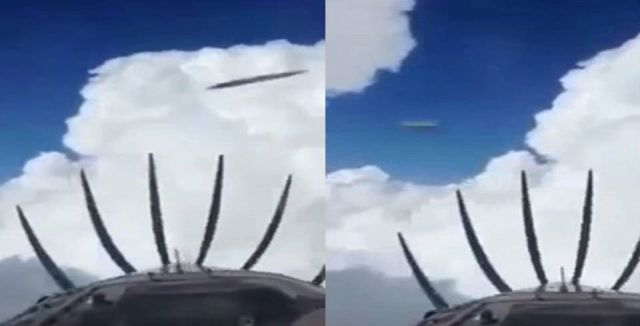 The pilot of a private plane from Argentina during the flight noticed two UFOs that had crossed the course of his flight, creating an emergency situation.

The Argentine pilot managed to take pictures that circled around the UFO through the glass of the cockpit of his plane. According to the pilot, the UFOs appeared unexpectedly when he flew through a dense layer of clouds and in the gap between them, two unidentified aircraft suddenly flashed across the airplane.

UFOs moved with great speed, twice crossed the course on which the plane was flying, slightly circled around, and then abruptly picked up speed disappeared in the clouds.