UFO appeared near the ISS 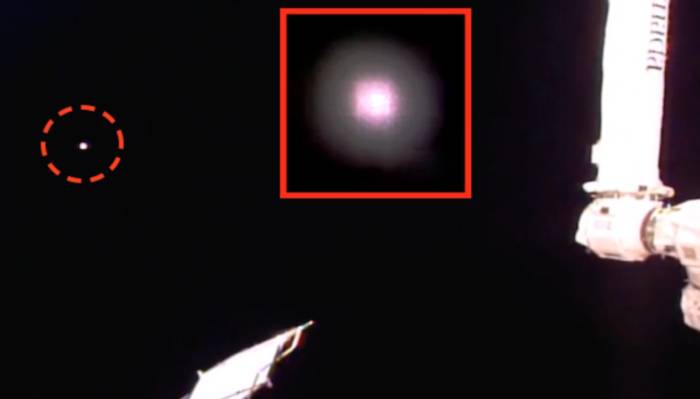 14 Jan 2017 in the field of view of a web camera installed on the International space station (ISS), got a white UFO. A bright object suddenly appeared in orbit of the ISS and started to move slowly to the station. When you zoom in you can see that in fact UFO is a square with a luminous halo around it.

It seems that the astronauts spotted the object and began to zoom in on it. But… the camera Then pauses and begins to slowly move to the right. A rather unusual maneuver…

“The impression is that NASA ordered the astronauts to take the camera to the side so as not to let people see the UFO suggested a known UFO researcher Scott C. Waring. Is really obvious that it is.”

This is a very strange action for the space Agency created for space exploration and the search for extraterrestrial life. However, rather than focus on the approximation of the unknown anomaly and try to learn more about her details, NASA removes the camera from the UFO and shows a greater interest in the review of the design of the station.