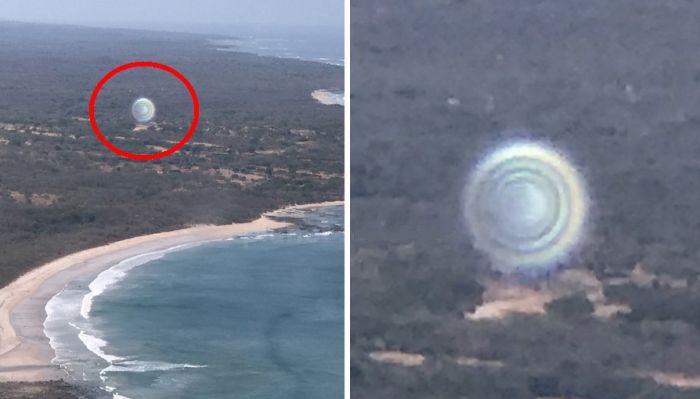 Tourists who made a familiarization flight on a rented light-engine aircraft around the Nicoya Peninsula in Costa Rica photographed an unusual UFO.

Interesting. That during the flight, when they took a lot of photos from the plane, they did not see the UFO itself and found it later when they were scanning the pictures they had taken.

The UFO appeared during a flight over the Pacific coast near the city of Tamarindo. This is an ideally round blue object with concentric rings and a bright luminous contour.