UFO in the Seychelles

On the air of the TV show TNT, which is filmed in the Seychelles, and specifically on the small island of Providence, which is part of the group of Farquhar Islands of the Outer Seychelles, a UFO flying over the tip of this island fell into the frame.

Providence – located in the north. The length from north to south is 4 km, from east to west 0.4 km. The area is just over 1 km². There is a small settlement of 6 people in the central and southern part of the island. It’s where the TV shows are filmed.

In the release “House 2. Love Island, 1 season 325 series,” which aired on August 27, 2017, an unidentified flying object flew into the frame, flying far beyond the tip of the island. The object is large, this can be judged when it flies over the trees.

The object has no signs of an airplane, no wings, a tail, a chassis, etc. Not to mention the fact that there is no aerodrome on the island at all. The very form of the object is very unusual, it is a rectangular object with clearly expressed structures in the center and along the edge, connected by jumpers. This is not an unmanned aerial vehicle, since it is too large for a multi-copter.

The speed of the object is also quite large, the visible part of the camera’s view installed on the shore of the island. It flies in just 6 seconds. 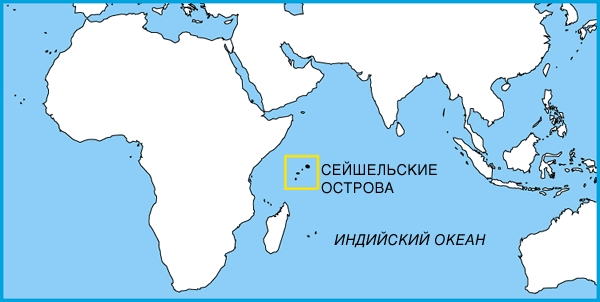 The Republic of Seychelles is an island nation in East Africa. Located in the western Indian Ocean, slightly south of the equator, about 1600 km east of the African mainland, north of Madagascar.

The republic includes 115 islands, only 33 inhabited. The state’s area is 455 km ². The largest island is Mahe (142 km ²). It is the capital of the state – Victoria and the international airport. Other large islands are Silhouette, Praslin, La Digue. Many small coral islands. The population is about 88 thousand people.