UFO in the sky of Australia 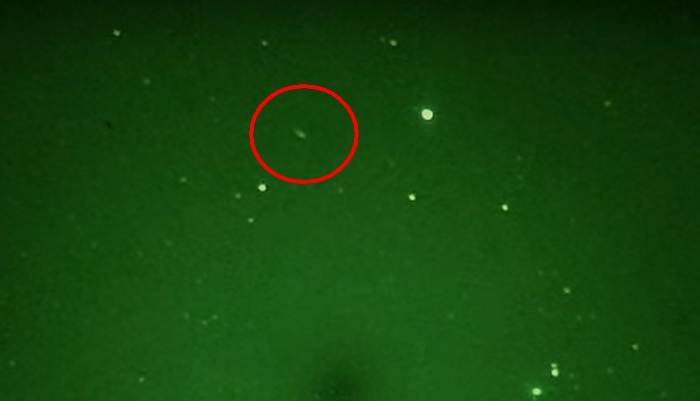 In the Australian city of Melbourne living enthusiast who has been monitoring the night sky and it is often possible to catch on video very interesting objects.

He has a telescope with a camera and a night vision device and on 21 November he was able to make shots, which is visible UFO performing during your movement turn. An interesting trajectory of this object, which proves that it is a managed aircraft.

UFO appears at the top of the screen, moves down the inclined straight path, and then smoothly changes course and goes in the upper right part of the screen.