UFO in the sky over Rostov-on-Don

A group of “stars” moving along the windless sky noticed late residents of Rostov-on-Don in the late evening.

A flock of many glittering objects flying over the Don capital was shot in a photo on the night of July 23 by Viktor Lyutov. According to the Rostovites, the “stars” moved across the sky pretty quickly, flew in a dense group without the slightest hesitation, despite the windless weather. Strange UFOs did not at all look like quadrocopters or balls, and in size far surpassed all known terrestrial flying devices.

Viktor Lyutov published his unique photo in the public folder “Rostov Main” on VKontakte. It turned out that many Rostovites periodically observe similar phenomena in the sky. Residents of the Don capital jokingly called the “stars” accumulated in the heavenly sky, “the UFO wedding” and expressed the hope that the humanoids “will not be destroyed”. 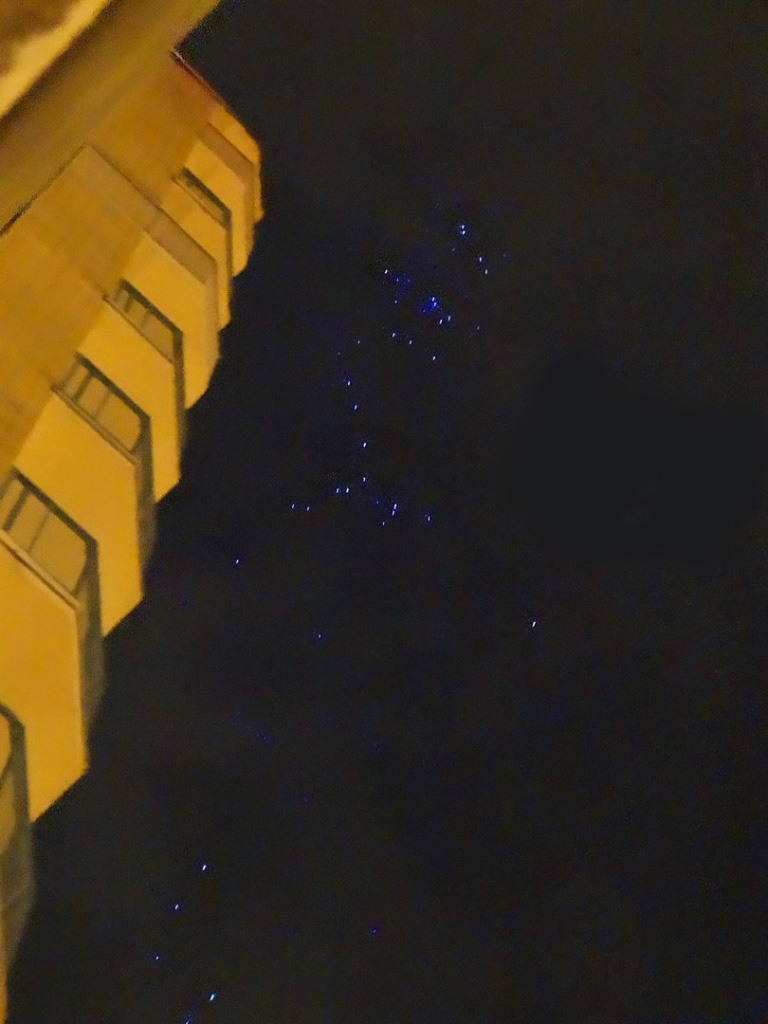 “We also saw August 8, 2015. They do not just fly forward pretty quickly, but also inside the group they move chaotically about each other, but do not stop moving forward. Absolutely inexplicable! “,” Damn, waiting for a zombie, UFO came, trouble, sadness, “” Yes this is a UFO wedding, “” I hope they will not destroy us “,” Several years ago, a similar phenomenon was seen over Voenvedom: a dense group, the same Speed, large clusters, “- so commented photo users in VKontakte.