UFO nearly crashed into jet at an air show in Chile 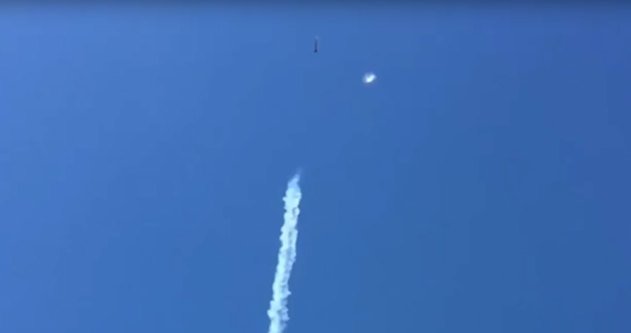 Amazing shots which show how during the Airshow in the Chilean city of Puerto Varas UFO nearly hit jet local air. This is not the first appearance of flying saucers in the region in recent months.

Published on footage captured, as the Chilean military aircraft bright white light shoots skyward. At some point across the path, he suddenly starts to fly a strange semi-circular object. UFO nearly crashes into the aircraft, and then disappears in the sky.