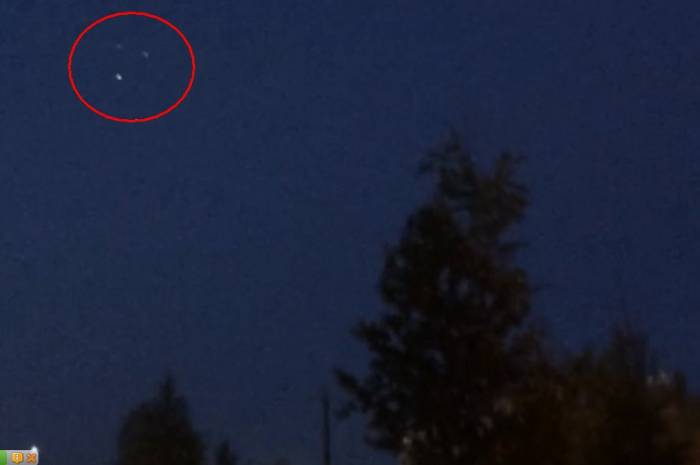 Police officer the city of Fairbanks in Alaska during the patrol saw a UFO. After he started to shoot, from the large ball smaller ball separated and went towards the ground.

After some time, he quickly separated two more small ball, thus forming an equilateral triangle with balls on the tops, and then disappeared. Releasing a spherical landing, the UFO disappeared from view.