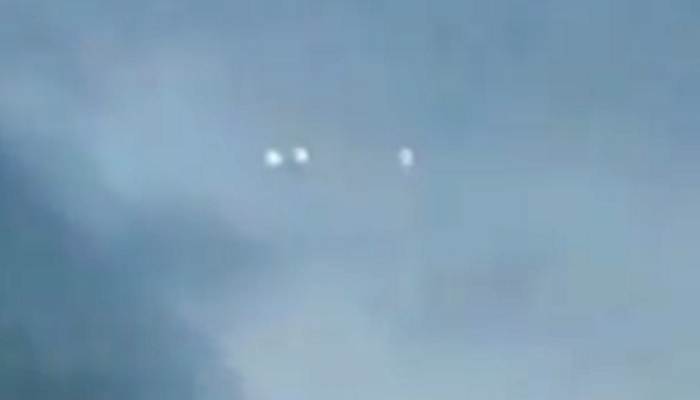 A resident of the Canadian city of West Kelowne saw several UFOs in the sky. In the sky, against the background of dark clouds, six bright blinking objects lined up in one line moved, they either appeared or disappeared.

“At first I thought it was military aircraft doing some exercises. But since I live in the Okanagan Valley, where there are no Air Force bases, it became clear that these are not military aircraft. These strange objects, which moved synchronously and absolutely noiselessly in the sky, can not be a simple and easily explicable phenomenon. ”