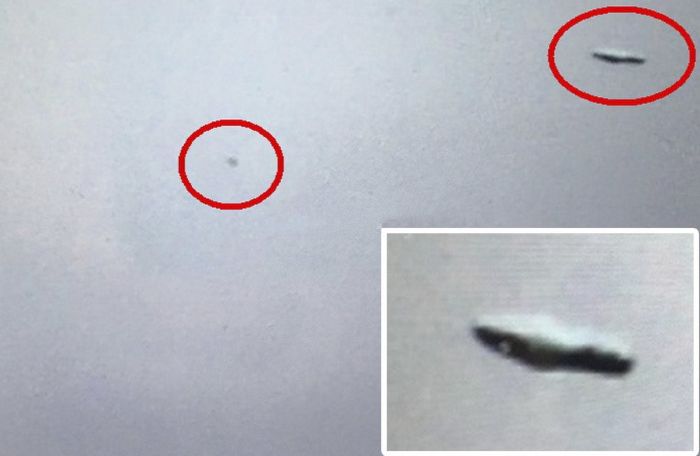 On July 17, in the sky over the British city of Chelmsford, an eyewitness noticed two large UFOs in the sky. Witnesses to the appearance of objects were many passers-by who were at that time on the street in the center of the city.

The objects hung in the air turning around their axis. People looked at them and made assumptions that it could be. The objects had an elongated shape and gradually increased their speed, moving fast enough. According to the man who managed to take a photo, the objects moved at equal distance from each other.