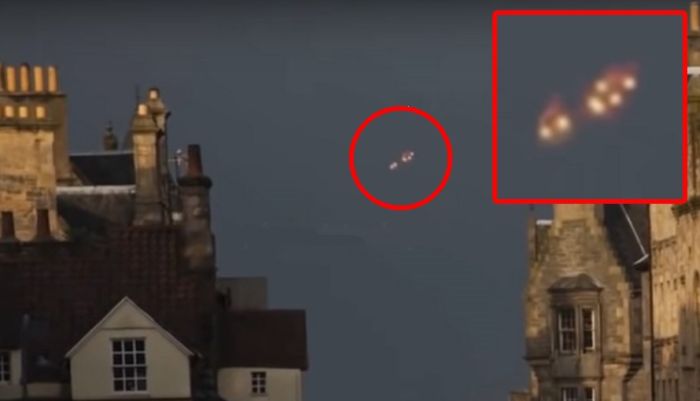 A strange object appeared in the skies over France. the witnesses managed to film the UFO appearance in the video. They describe the object as a group of strange, glowing lights, and even mention that while shooting very quickly got the battery of the smartphone that they associate with activity of the object.