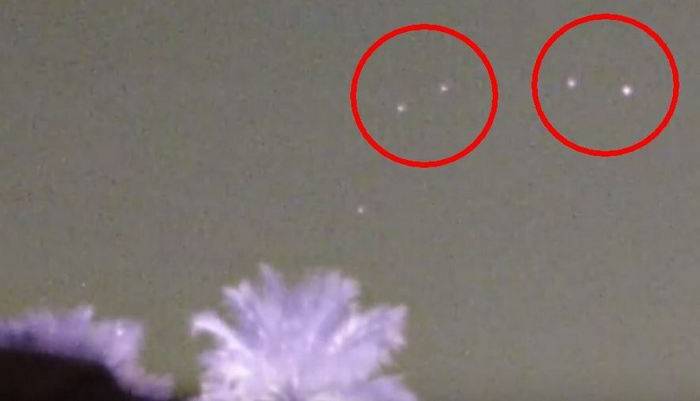 An eyewitness made a video of a whole UFO squadron, which appeared in the area of ​​the Nellis military base on March 24, 2017. Stephen Barone every night scans the night sky from the courtyard of his house in Las Vegas using infrared filters to track the appearance of various unusual flying objects.

According to Stephen, he has already recorded on video thousands of objects appearing every night over the city, but until March 24 he could not determine exactly where these objects land. It turned out that their destination was a military base. It would seem nothing unusual, helicopters or planes can quite visit the military base, but the problem is only that all the objects observed by Stephen are in no way suitable for the role of aircraft, drones or helicopters, since out of shape, trajectory and other flight parameters, Do not correspond at all.

For example, in the last video, there are 4 luminous objects, the sizes of which far exceed the size of the helicopter, they move synchronously, then lining up in one line, they unfold, but keep a given distance.

And most importantly, these objects are not visible to the naked eye and can be detected only with the help of an infrared camera.