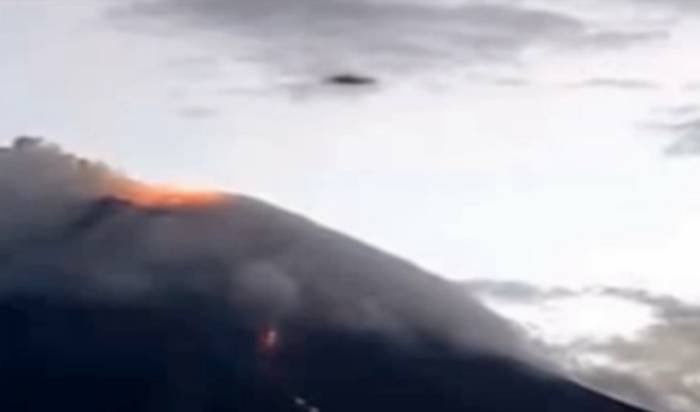 In Mexico over an erupting volcano Colima, a surveillance camera recorded flying flying saucer. The intensity of the eruption of Colima volcano, which began on September 30, 2016, decreased significantly. Lava stream flowing down the South side of the giant slowed down, but the crater was still full of molten lava.

The volcano periodically emits kilometers of ash plumes and resets the rockfalls caused by the explosions near the crater. And here on this fiend constantly appear UFO. Therefore, the Colima volcano, which is also called “Mexican Vesuvius”, to watch not only for volcanologists, but also ufologists who believe that the volcano is a base of aliens.