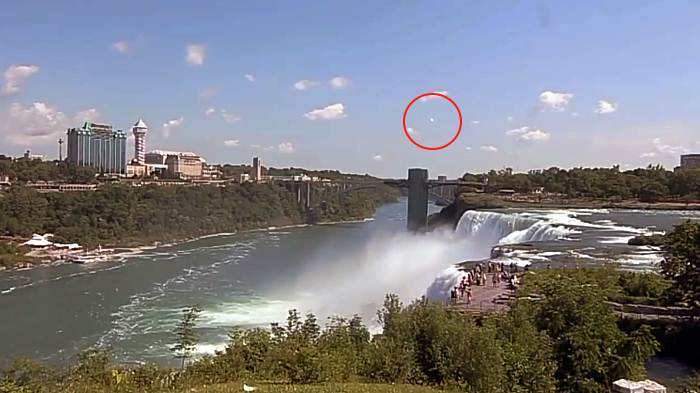 Over the Niagara Falls, which separates the state of New York from the Canadian province of Ontario, tourists noticed something similar to UFOs. The video, shot at the scene, fell into the vastness of YouTube.

During the excursion to the Niagara Falls, a group of tourists looked up and saw a rapidly moving bright spot in the sky. The potential alien ship moved rapidly towards the state of New York. Eyewitnesses captured what they saw on the camera and provided materials to local ufologists. The video appeared on the web on March 26 and has not yet received “sensible” comments from experts.

As of March 29, video from a UFO over the Niagara Falls has been watched by less than a thousand users. Some of them found it interesting and believable, but others concluded that the supposed “plate” is nothing more than a reflection of light on the lens.