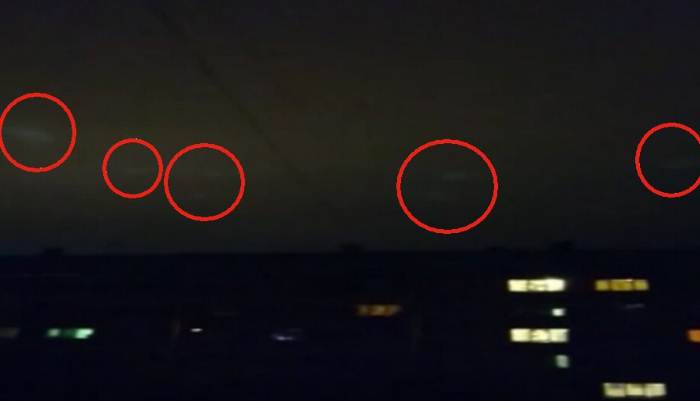 Residents of Riga on the night of June 4, 2017 filmed a video group of UFOs, circling right above the city center.

“Unclear phenomena filmed on a smartphone at night 04/06/2017 after 00.30 minutes. All this took place, more than an hour. It was removed from the Teika district in the direction of the t / c” Domina. “No show-events that night were carried out. All this moved above the clouds and shone As if “from top to bottom.” The “spotlights” or similar lighting devices could not be seen! What is this? Massive UFO maneuvers? “, The author of the video said.