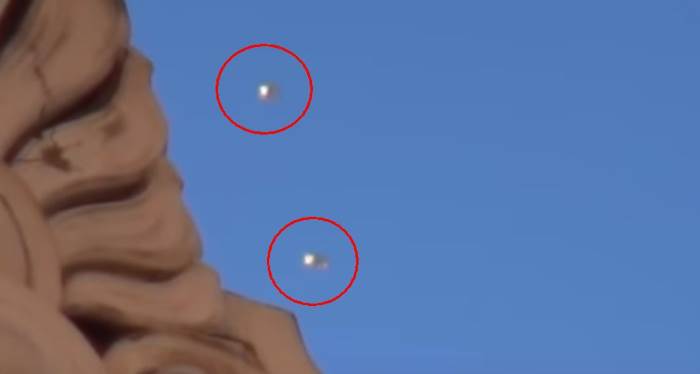 An eyewitness living in the city of Seattle in Washington state, working time and looked at the sky and saw two unusual UFO, which was flying above him in the cloudless sky.

“While working I accidentally looked up and noticed these two objects in the sky, – said the author of the video. – They were shining in the Sun. It could be balloons, but they didn’t look like the other inflated balloons. I really don’t know what it was.”

Two objects are moved at low speed, periodically stopped, changed its direction and moved independently from each other. When the objects disappeared from his sight, he was a few minutes looked back up and saw that they stopped and turned back. Indeed, the balloons flying in the wind, would not be able to perform such movement. Michael made some good shots, zoom in so that you can consider the appearance of these mysterious UFOs.