UFO spotted off the coast of South Africa 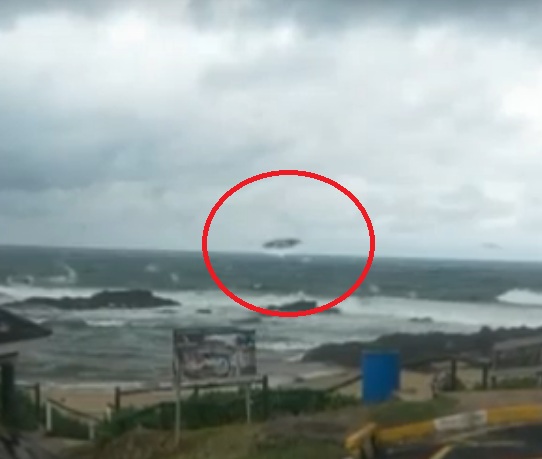 Umtuntveni Beach, Kwa Zulu Natal, South Africa – an eyewitness reports that in April he took this photograph of the coast and when he did it with his eyes he saw nothing unusual.

But, when he later looked at the picture, he discovered that he accidentally took a moment of a UFO flying along the coast.