UFO – The World Conspiracy of Silence 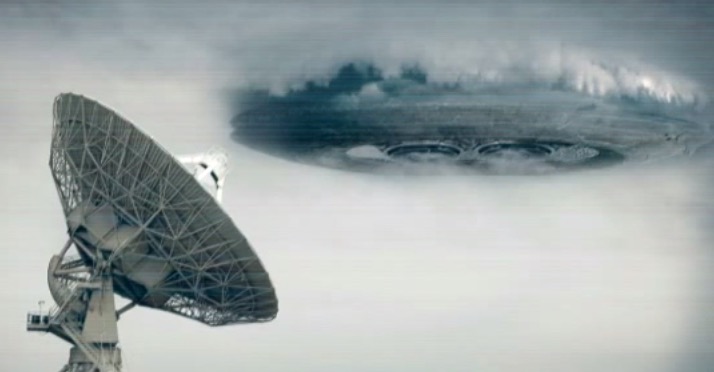 There is a very strange situation in the world when a lot of eyewitnesses report about UFO sightings, see how these unidentified vehicles not only plow the sky over our planet, but also land and from them go those who control them. Of course, no one has provided 100% of UFO landing confirmations and the presence of aliens at the moment.

The explanation for this paradox is that people directly contacting UFOs present at the site of their landing and coming into contact with their crew completely forget that they have a cell phone, photoapplication or video camera with them. Many remember the contact vaguely and sketchily, as if someone erased their memory. Some were able to take pictures or videos confirming their statements, but none of them had time to publish these certificates. In some cases, these witnesses simply disappeared, in others they suddenly experienced some kind of accident.

In this regard, it seems that some influential forces carefully conceal the facts of visiting Earth by representatives of other civilizations and go to the most extreme measures to maintain this concealment, up to the elimination of unwanted witnesses. Yes – we lack photos and video evidence of the presence of aliens on our planet, but we have enough evidence from people who had involvement in government structures and who were not afraid to state that governments of different countries not only directly contact aliens but also cooperate in various matters.

For example, a few years ago, Dr. Edgar Mitchell, a former astronaut in the Apollo program and a sixth person stepping on the moon during the Apollo 14 mission, broke off a conspiracy of silence and via a live telephone conversation on Fox News said that aliens do exist, and that the government hides this information from the public.

At the time of this statement, Mitchell was 82 years old and had nothing to lose. He broke the vow of silence and declared. that it is time to put an end to government secrecy in this area and that the media intentionally discredited the UFO theme.

If contacts with aliens are already a reality, then information about this is stored with seven seals. What prevents them from officially promulgating them? In 2009, to the question of a well-known radio journalist about contacts with aliens, the information about which is allegedly kept in the “Book of Secrets” in a Green Room visited by every newly elected president, Barack Obama replied with a joke: “I would” told what is written in ” Book of Secrets, “but then I’ll have to kill you.”

Jokes are jokes, but in 2011 the existence of extraterrestrial civilizations was officially confirmed by the FBI, which declassified part of the archives about the catastrophe of a UFO in 1947 near the American town of Roswell. Before submitting their archive to the public, the Bureau carefully scooped out all the conclusions and recommendations from there. In many documents, only the “cap” remained, and the text itself was removed “for reasons of secrecy”.

In fact, the first information about the invaders of the Earth appeared in print and on TV, when an independent group of British TV journalists conducted an investigation into the disappearance of many outstanding scientists and talented military personnel in the 1960s. Everyone thought they had gone to other countries to make money. Journalists interviewed their friends and relatives and found strange things: postcards and letters to the homeland of the departed specialists were like two drops of water. And although the handwriting was all different, but the style of writing is one, as if they were ordered to write these texts under dictation. After a certain time, communication with these people was completely lost.

For a long time, the US authorities blamed the information about the aliens for concealment. Most of all “ufologic” rumors were about Dwight Eisenhower. They suspected that he was the first of the powerful of this world to enter into “diplomatic relations” with the aliens. In February 1954, during a holiday in California, Eisenhower suddenly fell out of sight for a few hours. The version of the president’s ties with the aliens was confirmed by William Milton Cooper (then he served as military adviser to the US government): on April 26, 1989, he sent 536 copies of the “Petition of Prosecution” to each member of the US Senate and House of Representatives. It was reported that as early as 1954, Eisenhower entered into a contractual relationship with the civilization of the “gray” aliens from the planet revolving around the star Betelgeuse in the constellation of Orion. Arriving on Earth in spacecraft, which astronomers at first took for asteroids, they landed at the Holloman Air Force Base, and later on Edward’s base, where a prearranged Eisenhower meeting with fledged humanoids occurred. In addition, Cooper claimed that the leaders of many powers and other influential people established a strong contact with aliens.

As a result, a “secret world government” was formed, known as the Bilderberg Club, based in Geneva. It became secret from the moment of the classification of information about cooperation with the “occupants of the Earth”. This club, he said, fulfills the role of an overseer, keeping humanity in ignorance, for which orders are given to destroy and compromise scientists ahead of their time; inventors who made epochal inventions; archaeologists, “who have unearthed”, and contactees, “not with those” who came into contact. The “Petition of Prosecution” contained lists of members of the secret international government, among which were Zbigniew Brzezinski, Henry Kissinger, George Bush, Nelson Rockefeller, and others.

In 1991, the director of the Geneva Institute for Planetary Synthesis, R. Schneider, published the report of the same Milton Cooper “The Secret Government”, which stated that from 1947 to 1952, only one and a half dozen alien ships landed in one US territory. Some crashed, others made an emergency landing. As a result, 65 corpses and … one living alien were in the hands of the Americans. The report confirmed the existence of a secret world government that entered into an agreement with representatives of “other worlds”. According to this agreement, “dedicated” received some “advanced” technology in exchange for permission to use people for research. Why on the question of whether there are aliens on Earth, representatives of the public sector answer negatively?

1. The goal of silence is not to injure the public by the fact that other forms of life exist in the Universe. In the framework of this theory, it is considered that the government knows the level of technical development of aliens; correlating it with the earthly level, it came to the conclusion that in the military sense, there is nothing to be afraid of – there should be no conflict with extraterrestrial civilizations.

2. On Earth, historically, there is a kind of “world government” that stands above all countries and peoples and controls financial flows. And it knows about UFOs, contacts with aliens on a diplomatic level, receiving some kind of “technical assistance” from them in exchange for “modest” requests for allocation of territories for the creation of enclaves and the study of life forms of the Earth.

3. Perhaps members of the “world government” do not want to publish the “X-files”, fearing losing control over people. They believe that the loss of power will be conditioned by people’s needs in studying the social structure of aliens and borrowing from them technologies for restructuring the state and society.

American astronaut and test pilot Gordon Cooper, who made two flights into space (in 1963 and in 1965), claimed that as early as in 1951 “during the flights over Germany on the F-68 fighter personally observed a UFO.” In 1978, Cooper wrote a letter to the UN asking for a special body to investigate this phenomenon.

Head of the FBI from the beginning of its foundation in 1935 and until 1972 Edgar Hoover about the famous incident of 1942 (the shooting of flying saucers over Los Angeles): “We must insist on access to these flying machines. In Los Angeles, the military seized the vehicles and did not allow us to investigate them. ”

In 1955, with a strange appeal for the times of the height of the Cold War, the commander of the Pacific military forces, Douglas MacArthur, appealed to the military and scientific forces of the nation: “The nations of the world must unite, since the next war will be a war between the interplanetary … The nations of the world will have to .. to form a common front against the aliens from other planets. ”

Mikhail Gorbachev: “The UFO phenomenon exists and it must be taken very seriously.”

Richard Nixon, President of the United States from 1969 to 1974: “I still have no right to discuss information about UFOs and extraterrestrial intelligence that the government has. Discussion of this issue continues. ”

Paul Helly, I am the former Canadian Minister of Defense: “UFOs are as real as planes flying over our heads.”

Speaking of UFOs and aliens, it is worth bearing in mind that they all do not necessarily have to be aliens from other planets of our solar system. Facts say that representatives of other worlds come to our planet, but on the planet Earth itself there is a parallel civilization that lives by an invisible life for us.

Here is what the well-known for the whole world, Edward Snowden: “The higher echelons of power do not know what to do with UFOs, and feed the official version to citizens that they are all just meteorological probes or natural phenomena, but documents say that UFOs are a reality. This civilization is flying not only in the Earth’s atmosphere, but has been seen on the seabed, in hydrothermal springs, volcanoes and directly in the solar orbit.

The CIA stores the data of tracking systems and deep water sonars, but they have the status of state secrets and even scientists do not have access to these data about these objects. This species is smarter than homo sapiens and lives in the mantle of the Earth. This is the only place where conditions have been more or less stable for billions of years. Extremophiles can live at different temperatures, they were able to thrive and develop intelligence at an accelerated pace. Homo sapaens and they evolved at the same speed, but their living conditions in the mantle of the Earth protected their civilization from many cataclysms that occurred on the surface of the earth.

The President receives daily briefings about the activities of this civilization and the movement of its apparatuses – UFOs. Analysts believe that their technology has gone so far ahead that we have little chance of surviving in any potential war with them.

The general opinion is that we are just ants from their point of view and there is a small chance that they will not continue to pay attention to us. But the military is considering the possibility of aggression and the current emergency plan includes a plan to blow up nuclear weapons in deep caves in order to “seal” the enemy in the hope of destroying their communications, which will prevent further attacks from the bowels of the earth. ”