UFO watched the docking of the ship Soyuz MS-02 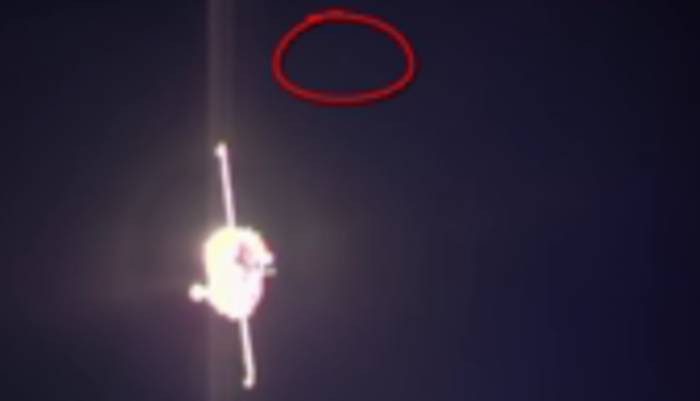 Unidentified objects were located at a considerable distance from the abutting of the devices, so from time to time they are not picked up by the camera, since during the movement changed its color and reflectivity.

The video shows how one of them appeared almost out of nowhere in the middle of the screen, then changing the speed and direction, passed over the hull of the ship, flew to the visible part of the sky and went into the lower left corner of the screen at an angle more than 60 degrees.

The second object appeared in the upper left corner for a moment and disappeared again. Watching the movement of these objects change speed and direction, hardly anyone can say that this ice crystals or space debris. Even if this were so, then these particles would impact the jets from the engines of the spacecraft, clearly visible in the rays of the sun.

However, the first object is moved independently from external influences and maintain its course and speed. And you should pay attention to the fact that the camera filming the process of docking, followed UFO and returned to its original position.