UFO watched the landing of the Rover “Opportunity” 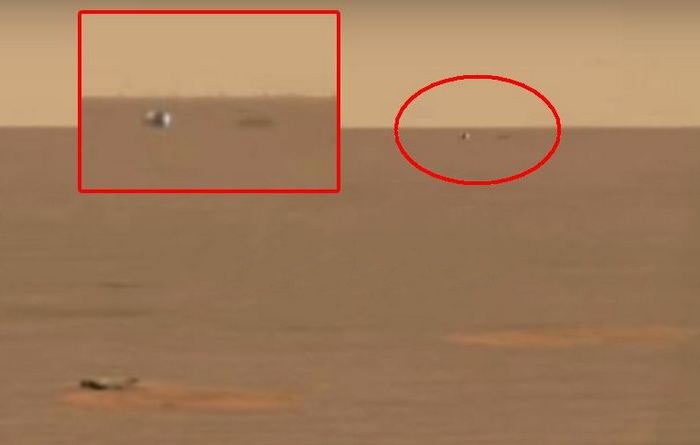 Camera of the Rover showed the desert to the horizon the surface of the plateau of the Meridian, and, among the discarded at landing parts landing platform, flashed unusual object.

When you zoom in, it became obvious that at some distance from the landing site was a spherical object, one part of which was made of white material, and from his dark, probably metal surface reflected solar glare.