UFOs accidentally hit the live broadcast of the Oklahoma news 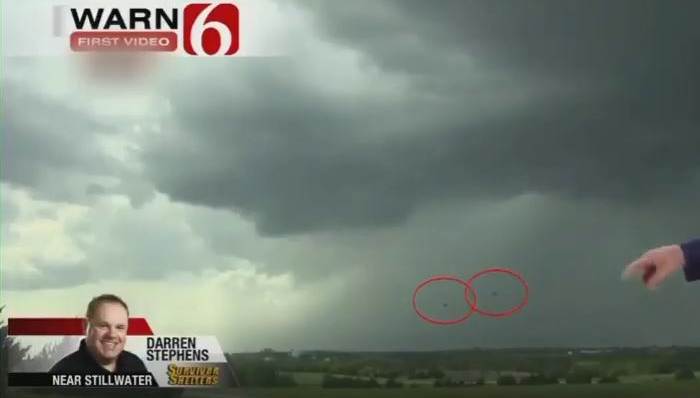 A regular news release in the US state of Oklahoma turned into a sensation. On the camera in the air were two very interesting unidentified flying objects.

The news anchorman in real time contacted a video correspondent who was to tell about the approaching storm. But the resulting picture attracted attention not at all by the riot of the elements.

On the video, you can observe two large objects, one of which moves in the direction of the upper right corner of the screen, and the second just hovers in the air. After a few seconds the motionless object suddenly disappears and also appears suddenly, but it is much to the left.

Simultaneously with the appearance of the second object, the first disappears, but a second before, you can see that it has a “tail”. The second object also appears with a reactive “tail” and, lingering on the screen for just a couple of seconds, disappears after the first one.