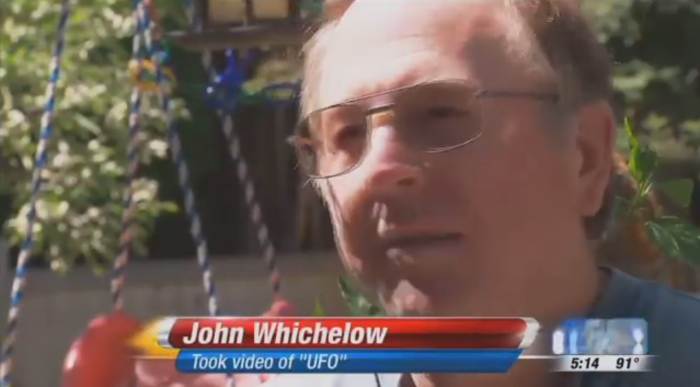 John Wychelow, filmed an air show during a holiday at the US Air Force Fairchild. Looking through the footage, he found several UFOs flying behind the planes at great speed.

The aircraft flew at a speed of 800 km / h, but compared to the speed of UFOs, they moved like turtles.