UFOs cause “purple skies” over the USA? 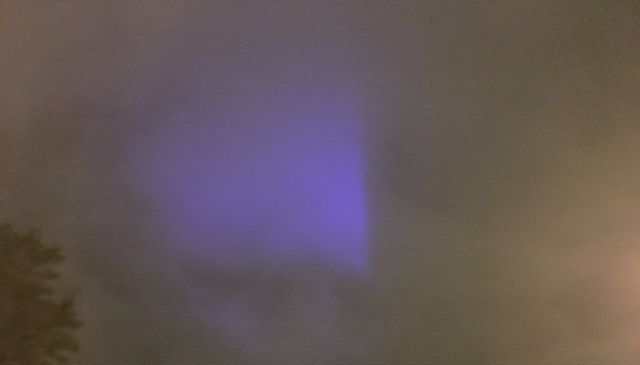 A resident of Greensboro, North Carolina, took photos of what she describes as a UFO in a round shape that emits a triangular violet light.

She reports: On October 10, 2018, I returned to my apartment from work and saw two other residents who were looking at the sky. I looked up and noticed a triangular violet light, and then an unknown circular flying object, which radiated this strange light.

The first thing I thought: I do not believe. Do I really see a UFO? And I decided to call my neighbor, who, looking out of the window, confirmed that something in the sky was emitting violet light and told me to take a photo, which I did.

The object was still, but it occupied a huge part of the sky. I took a few pictures and went to the side of the house, and the object was visible all the way to my apartment. Then the light began to flash and suddenly went out.