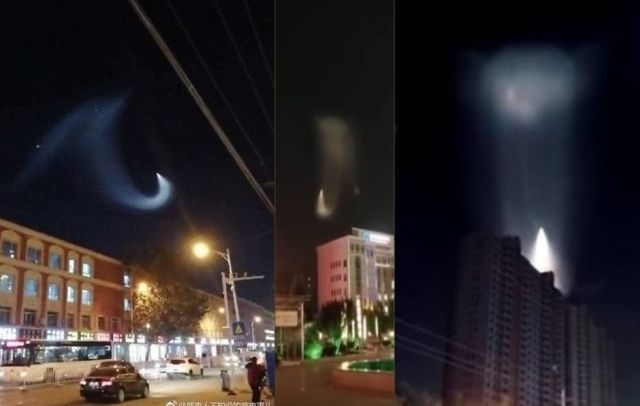 A mysterious white light emitting UFO was filmed by stunned eyewitnesses across China on Thursday evening, apparently due to the unknown activity of unidentified flying objects over Beijing.

Similar observations were recorded in the autonomous region of Inner Mongolia and in the northwestern province of Shaanxi in northwestern China.

Some suggested that it might have been an unsuccessful Soyuz mission, carrying Roskosmos and NASA astronauts on the ISS, but this happened at 4:40 pm China time on Thursday, and UFO sightings began only at 7:00 pm local time.