Unsolved mysteries of the past 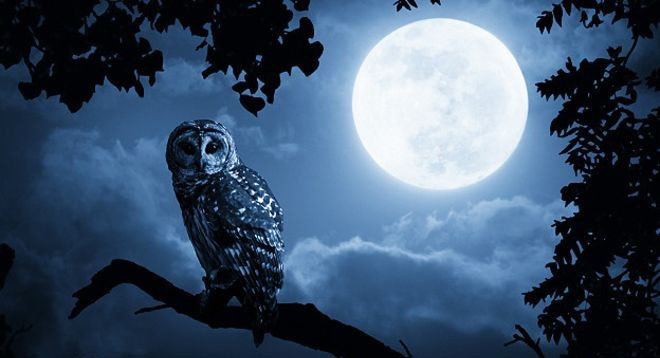 We have prepared a selection of strange events that happened in the past and are documented, not just rumors and legends.

The first story involves a spirit possession of a dead person. In February of 1936 under the bridge in the Italian town of Catanzaro, was found the body of Giuseppe Veraldi. Apparently he jumped off a bridge, struck his head on the rocks on the river bottom, and then drowned. The police decided it was suicide, but the family of the deceased did not agree with this: there is no possible reason to kill himself from Giuseppe was not.

Three years later, in January 1939, near the place where the body was found, Giuseppe, Maria, passed Taraloka. Suddenly, the teenage girl lost consciousness. When he came to himself, then spoke a male voice. She said her name is Pepe (short for “Giuseppe”), and demanded that she brought the mother is Catarina Veraldi.

Waiting for women Maria asked for wine, cigarettes and playing cards and invited to the men’s room to play with her. For girls it was quite peculiar. Some of the men present, she called the names of four friends of Giuseppe. When Signor Veraldi arrived at the house, Tarlike, was deeply impressed by proceeds from the mouth of the girl to his son’s voice.

“Pepe” said that his friends killed him, dropping from the bridge and scoring to death with an iron bar. After that, Maria ran out of the house, ran to the bridge and lay down as well as lay the body of Giuseppe. Signor Veraldi followed her and insisted that her son left the girl’s body. Maria fell asleep and when I woke up, remembered nothing about the events of that day. Nine years later, Signor Veraldi received a letter from Luigi Marchete, one of the friends of her son, who had left Italy shortly after Giuseppe’s death. Luigi admitted that he had killed Giuseppe jealous of the woman.

Three other of their common friends, who were called Mary, helped him, and everything else was as it said “Pepe”. As one of his friends by the time he died, and Luigi lived in Argentina, the other two accomplices were arrested by the police. Neither Mary herself nor her family members were not familiar with Giuseppe, and to know the cause of his death, she could not. Some believe that Mary was possessed by the spirit of the murdered, but the solution was never found.

The second story involves a poltergeist. It began in January 1959 in the American Springfield street, Butler street, where lived 80-year-old Charles Papineau and her 13-year-old grandson. That day, suddenly for no apparent reason began to beat the window glass, but not all at once but one after the other. Grandma and grandson claimed that he had always heard some banging before another glass was broken directly in front of them.

It lasted a week. During this time 39 were broken glass, they do not have time to insert. Glazier told the reporter that all the pieces fell inside. It seemed that the window was beating on the outside, like someone was beaten with something heavy right in the middle of each glass. The police failed to detect the guilty, and the case was closed. But his own investigation began, the architect John C. Parker, who investigated a poltergeist. It is suggested to conduct scientific studies since hoped to prove that the temperature changes — and this was the official version being put forward by scientists — has absolutely nothing to do with it. After a week it stopped. To find out who was to blame, and failed.

Of course, the hypotheses were many, mystically-minded citizens even claimed that the reason the ghosts. Charles Papineau in ghosts do not believe, therefore, that version is immediately rejected. And the results of an independent investigation of the Parker community and were not known.

The third story has to do with unexplained phenomena of the sea. In March 1867, the mail steamer “Danube” was anchored in the mouth of the river San Juan, near Greytown, where the river flows into the Caribbean sea. Suddenly all the passengers and crew, including the captain Dennehy, I heard a strange, indefinable sound in the sea.

Later sailors from the other ships said that he had heard a similar noise in this area. About the events the article was published in the journal “Nature”, where Charles Dennehy told about the things he witnessed. The phenomenon was observed only on ships with iron hulls, and never on wooden boats. Everything happened only at night but not every night, and before the advent of sound in the water always noticed a strong ripple. Witnesses described the noise as a loud, high-pitched, monotonous sound, accompanied by vibration, and vibrate the entire metal body of the vessel.

This could go on for hours and then suddenly stopped. On the shore, no one heard anything unusual. Captain Dennehy said that at least three-quarters of the time the sound was quite distinct. The sound was also clearly audible a few meters from the ship, but to find the source failed.

After articles began to appear numerous hypotheses trying to explain what happened. Said that the reason the croakers live fish, sharks, crocodiles, turtles, manatees, changes of currents in the harbour, the sea earthquake, an underwater source of gas, not previously known form of electricity and even a new kind of hypnosis.

In the end, the mystery Greatuncle noise to resolve and failed. After 1871 to published sources specifically about Greytown there is no mention on this, but the strange noises you notice in different areas of the globe to this day. The fourth story is about a UFO.

Seen in 1946 in the skies of Sweden, Denmark, Norway and Finland — flying saucers, meteorites, experimental military aircraft — no one really knows for sure, but the fact that there often appeared an unidentified fiery object, is a fact. The phenomenon called “Scandinavian Ghost rockets”, and at the same time saw in the sky a large group of people.

Their first appearance took place in Switzerland in February. Then messages began to come from everywhere — high in the sky, people saw lights in the form of coils or cigars. In June in Finland, the witnesses watched a bright light left in the air smoke trail. At first everyone thought it was a meteor, but was then spotted a second object that made a u-turn in the air and going back where you came from. Many have seen lights in other parts of Europe did loops, flew straight up, dived down and did other figures of aerial acrobatics.

In hundreds of reports they are mostly described as objects with long flaming tails, and emitting a quiet buzzing and flying at high altitude at speeds of around 640 km/h and more. In August the Swedish pilot of the air force noticed the object in the form of torpedoes. He said that he saw him very close, about a kilometer away and did not notice any signs of a regular plane. The pilot started the persecution, but the “missile” flew with such speed that a normal bomber was not able to keep up with her. The Swedish government adopted pilot license seriously, with the result that was created by the investigative Committee.

Many of its members thought that, perhaps, the Soviet Union took control of the secret German weapons after the victory in the Second world war and now sends missiles to Europe for intimidation. The American and British governments have shown to the version of interest, but it later turned out to be wrong.

After 1946, the objects began to appear less often, but they, nevertheless, have noticed for several more years. So what was it? The Swedish government has not found any strong evidence in support of the theory of UFOs or Soviet missiles.

The fifth story associated with mythical creatures. Around 1890 in Japan and began to happen mysterious events: men working in a field or any open space, and sometimes even at home, suddenly knocked down is not known whence undertaken in a strong wind. After that, the legs remained narrow cuts of 1-1,5 cm in length. In the first minutes, the wound didn’t bother the victims, but about half an hour later started bleeding, the wound became inflamed and started to hurt. Healed they are always long.

Scientists have suggested that the wounds appeared because of the “inexplicable drop in atmospheric pressure by the development of temporary vacuum” (whatever that means?). The locals believed that the wounds were the work of legendary creatures Kama-Itachi. According to the legends, it looks like a weasel with sharp razor claws swirling in a violent whirlwind and cutting have encountered on the way his skin on his feet. Sometimes it is described as three such creatures appearing everywhere together. Move Kama-Itachi so fast that can’t be seen by the eye.

Later, the attacks stopped. At least in the Newspapers of that time ceased to appear mention of such cases. That it was, in fact, to learn and failed and is unlikely to ever succeed. The last story about the woman with phenomenal abilities. It all started in 1980 in Manchester, when Mrs. Jacqueline Priestman during an argument with her first husband Ron in the hearts shouted: “Yes, so you your neck broke!” Unfortunately, this is what it happened: Ron had an accident and broke his neck and spine. He died, leaving Jacqueline alone with the guilt.

Shortly thereafter, exploded light bulb in the bathroom. Jacqueline was standing there, and fragments of heavily flogged her hand. She decided that the bulb was defective. When for no apparent reason burned her vacuum cleaner, and then when it blew up another lamp, the woman suspected that it is haunted by the Ghost of her late husband. The move has not helped: the appliances in her presence continued to fail or themselves off. Several times Jacqueline much zapped. The owners of some shops tried to ban her to come back, because her appearance is always something broke.

Soon Jacqueline married a second time, but a strange incident and did not think the end — on the contrary, began to occur more and more often. “Electric lady” began to suffer from depression, frequent headaches and fainting and contemplated suicide. Mediums and researchers of the paranormal cause of what is happening with her nightmares could not be found.

A reporter once came to charm the lady for the interview, accused her of fraud and so angry that stood in the living room the vacuum cleaner burst into flames. At last the specially invited Professor suggested that the key to solving the problem: he suggested that Jacqueline suffers from the fact that in her body for some reason accumulates static electricity, and the number was 10 times higher than normal.

The Professor has designed for Jacqueline a special diet and exercise program, which included a daily walk around the house with light bulbs in hand, to dump excess power. Surprisingly, it helped. However, in 1985, Jacqueline gave birth to their fourth child, and my daughter immediately began to show the same properties as the mother: she was twice electrocuted holding her midwife.