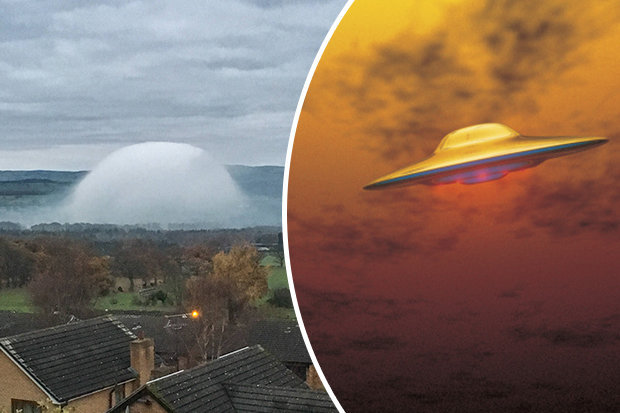 A strange phenomenon managed to capture the witnesses in North Wales. According to witnesses that day the temperature dropped to -4 and the people come out for a walk saw a terrible sight, round dome consisting of mist.

I couldn’t believe what I saw with my own eyes, the perfect dome-shaped cloud and it shocked me. I’ve never seen anything like it, it was really something special! This dome lasted about 10 minutes and then was gradually reduced in size and spread in different directions, until it became a thick decumbent fog, says Hannah Blandford. 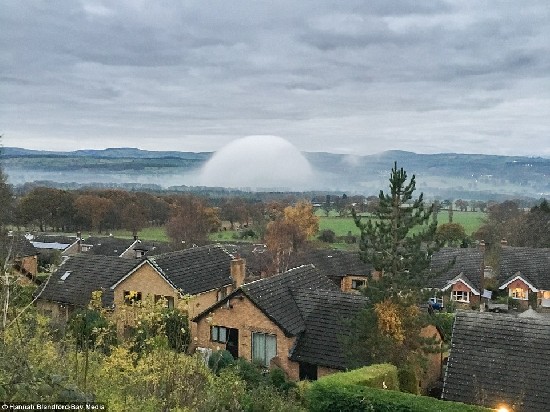 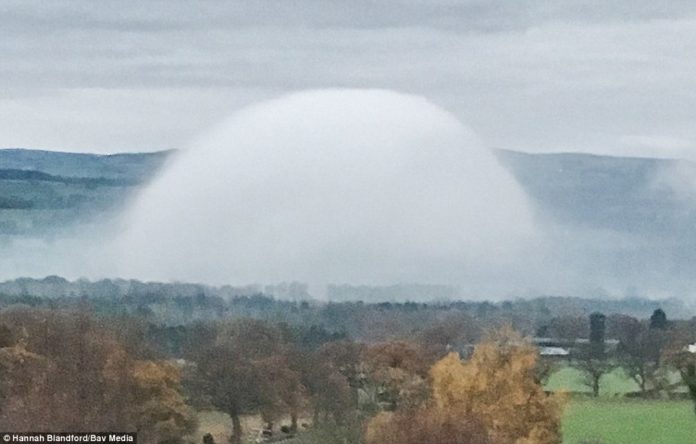 A saw this strange phenomenon, inclined to think that under the dome was hiding a UFO.

Scientists studied photos of the strange phenomenon suggested that its formation could be related to the heating of the earth’s surface in this terrain. This hypothesis was put forward meteorologist John West.

This is a very unusual phenomenon, but the most likely explanation is that the foggy dome was formed as the result of the influence of a source of heat close to the earth. This source of heat made fog rose from the ground and form a dome when warmer air rises, says John.