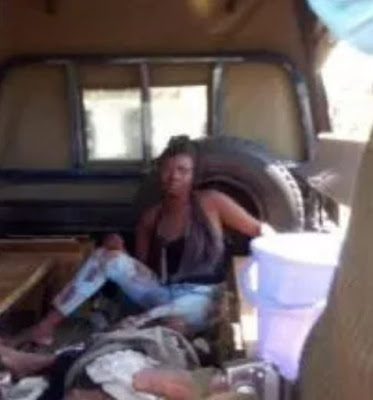 In Kenya, a woman was detained after stabbing three men and then sucking their blood, local police said.

A woman armed with a kitchen knife had an argument with a man believed to be her boyfriend. Then the suspect named Margaret Wambui Wangari tried to drag away from this guy two other men. Everything happened in West Kahava.

“Passers-by told how she drank the blood of victims from their open wounds,” the department explained. Local police rescued Wangari from angry local residents who wanted to kill the woman by throwing stones at her.

Because of Wangari, one of the victims died, and two others were injured. The victims were taken to Kenyatta National Hospital in Nairobi, fortunately their wounds were not serious.

Two victims sustained chest and neck injuries. Authorities said Wangari is currently in custody while they are investigating her strange behavior.