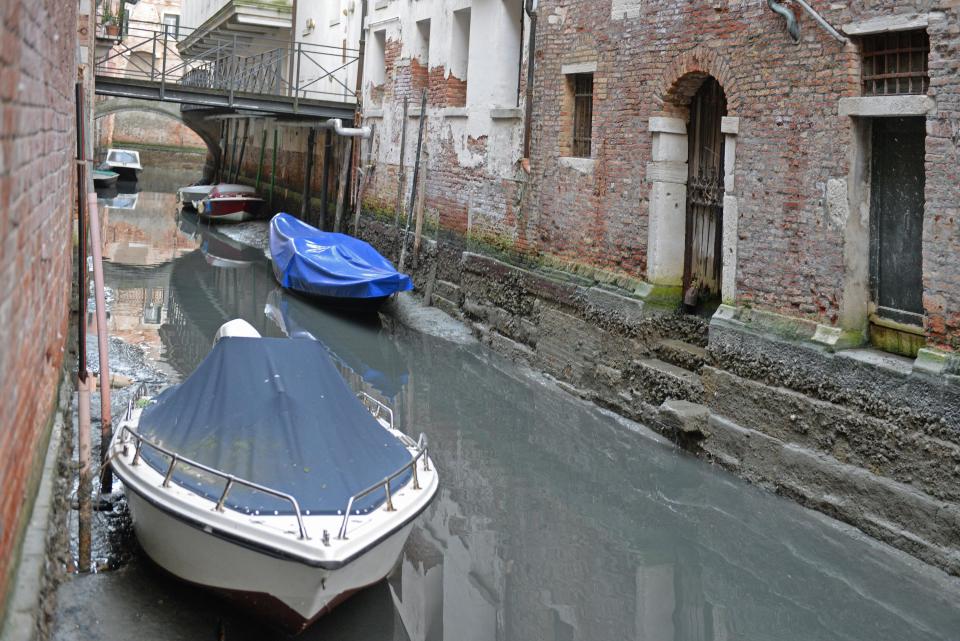 Daily to Venice thousands of people are flowed off to look at the well-known city on water. But present tourists were comprehended by failure. It seems improbable, but now water left, all channels shoaled, and gondolas and boats got stuck in a mephitic ooze. I do not represent what with me would be if I never there not happening and hardly the reached tourist saw it! Terminatingly it is particular uniqueness, but probably nevertheless it is better to observe it after before enjoyed a classical view of the Venetian canals.

And nevertheless, why so happened to channels? 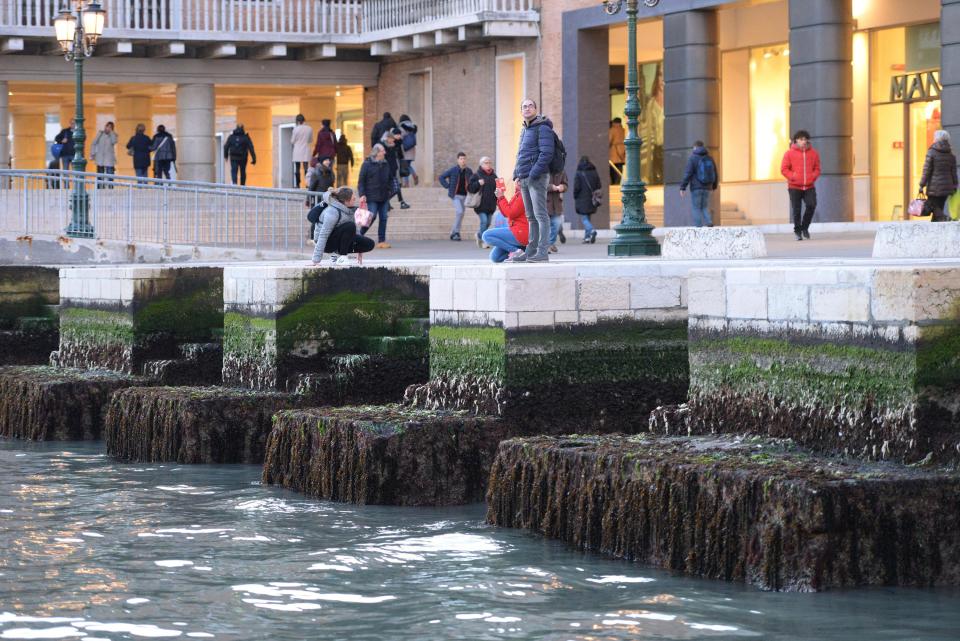 The second year in a row the water line in Venice reaches record-breaking low point. The city lost the main sight – picturesque canals which stand without water now. Before tourists the deplorable show opens: the gondolas and boats which got stuck in a layer of an ooze and dirt. 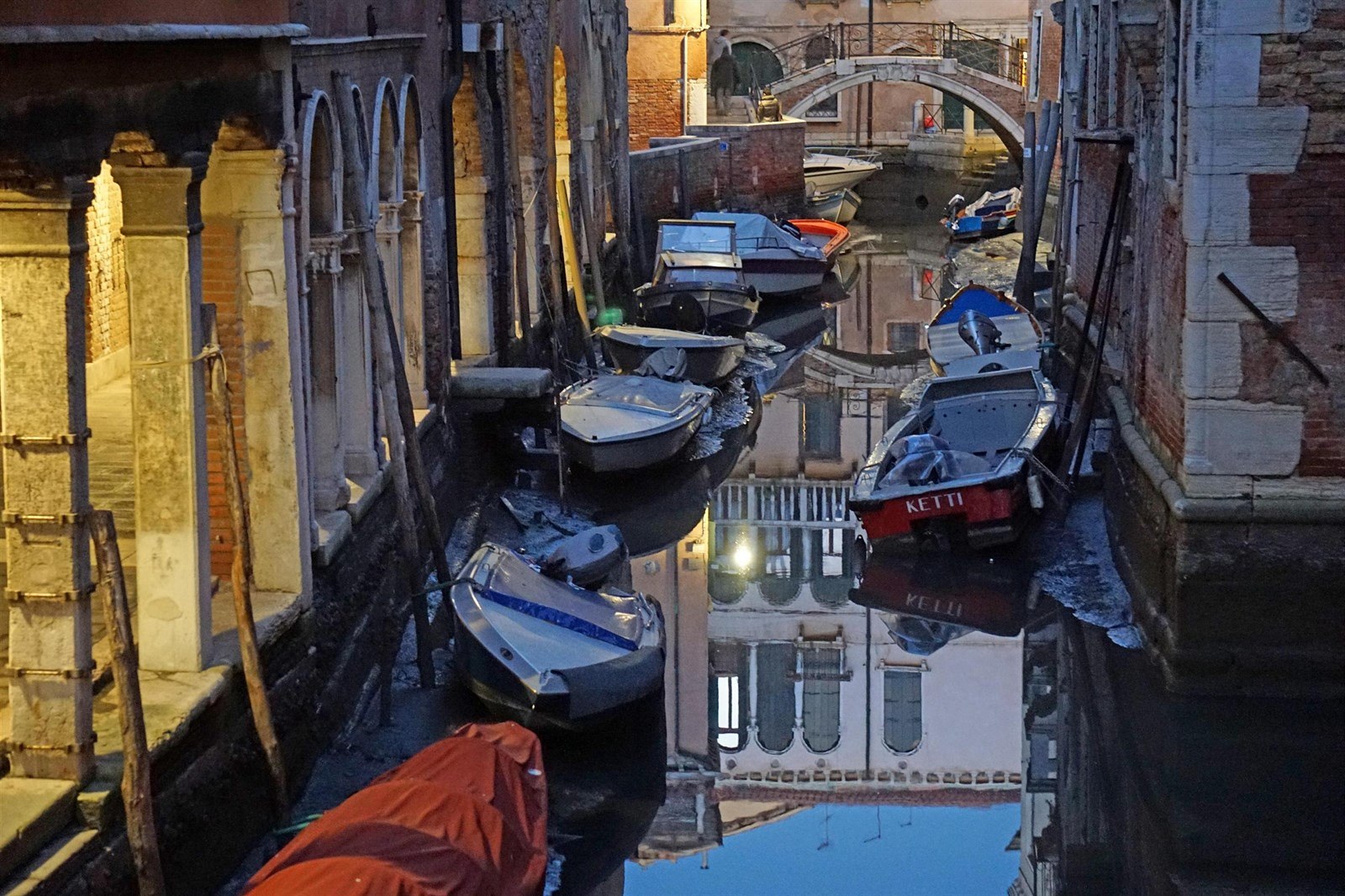 Exclusive falling of water in Venice is caused by the abnormal inflows and tides of this year in combination with falloff of an amount of precipitation across all northeast Italy. This phenomenon more than surprising, considering the fact that annually Venice plunges under water more and more.

The tide bared the bottom of channels which represents an impartial show now. Channels did not clean many years therefore now mountains of garbage which was thrown out in water are visible. Besides excessively silted bottom becomes the real problem for boats on which screws algas with dirt are quite often reeled up. 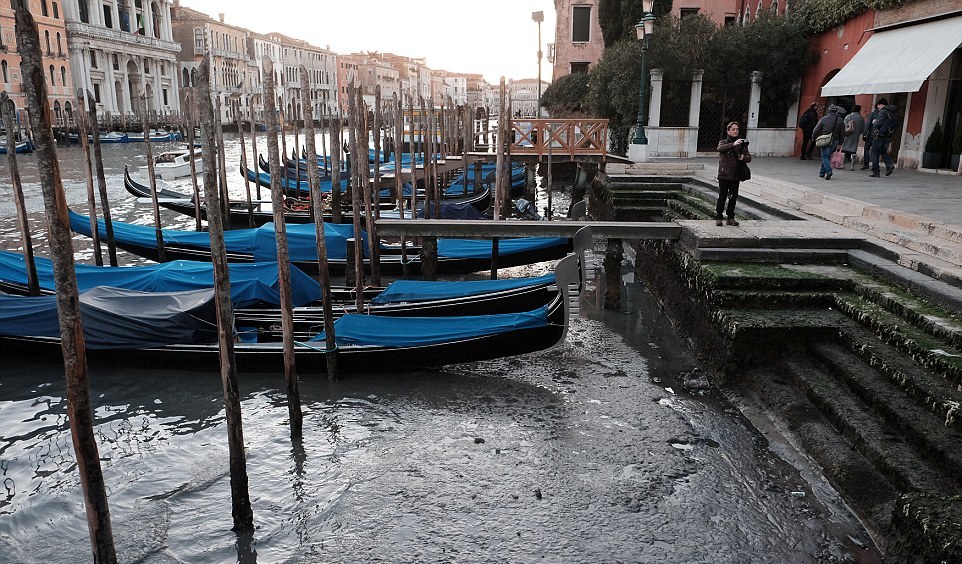 Emptiness of channels (let and short) can lead to a real crash in Venice. Low level of water involves destruction of the bared layers of a bricklaying of foundations of ancient buildings. In the city there is also a problem with the sewerage which in the modern comprehension is absent here in principle. Earlier people dumped all wastage of the activity in water. Today in large buildings systems of a sewage disposal are installed. However the particular number of leaks which extend around the city the reference mephitic smell all the same takes place. 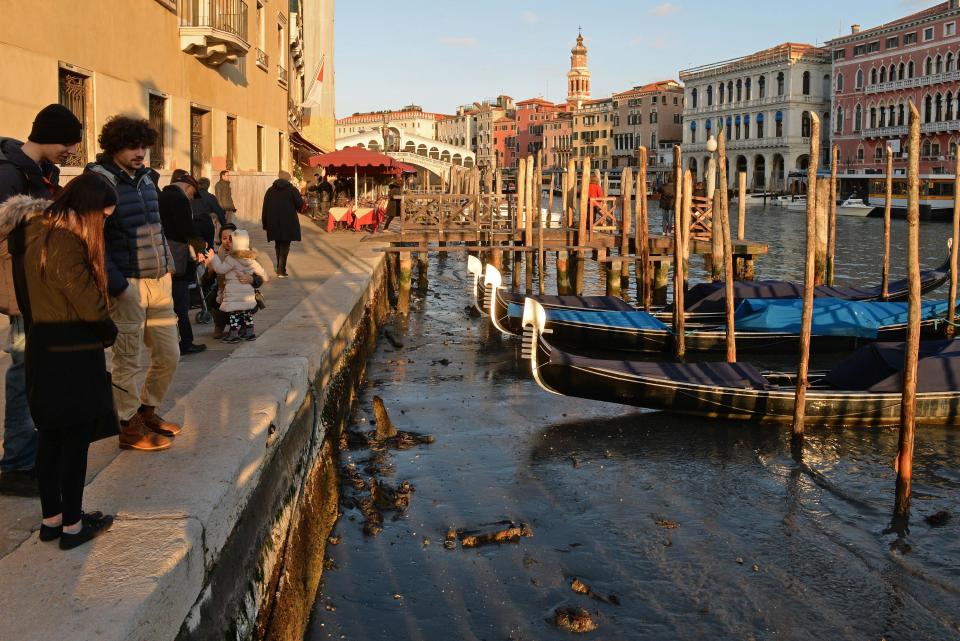 The protective barrier has to solve a problem of the inflows and tides involving a flood or a deaquation of Venice. It represents mobile gate which constrain driving of flood waters to the gulf. This project very expensive, and local authorities do not hurry to allocate the huge sums of money for its fastest exercise. 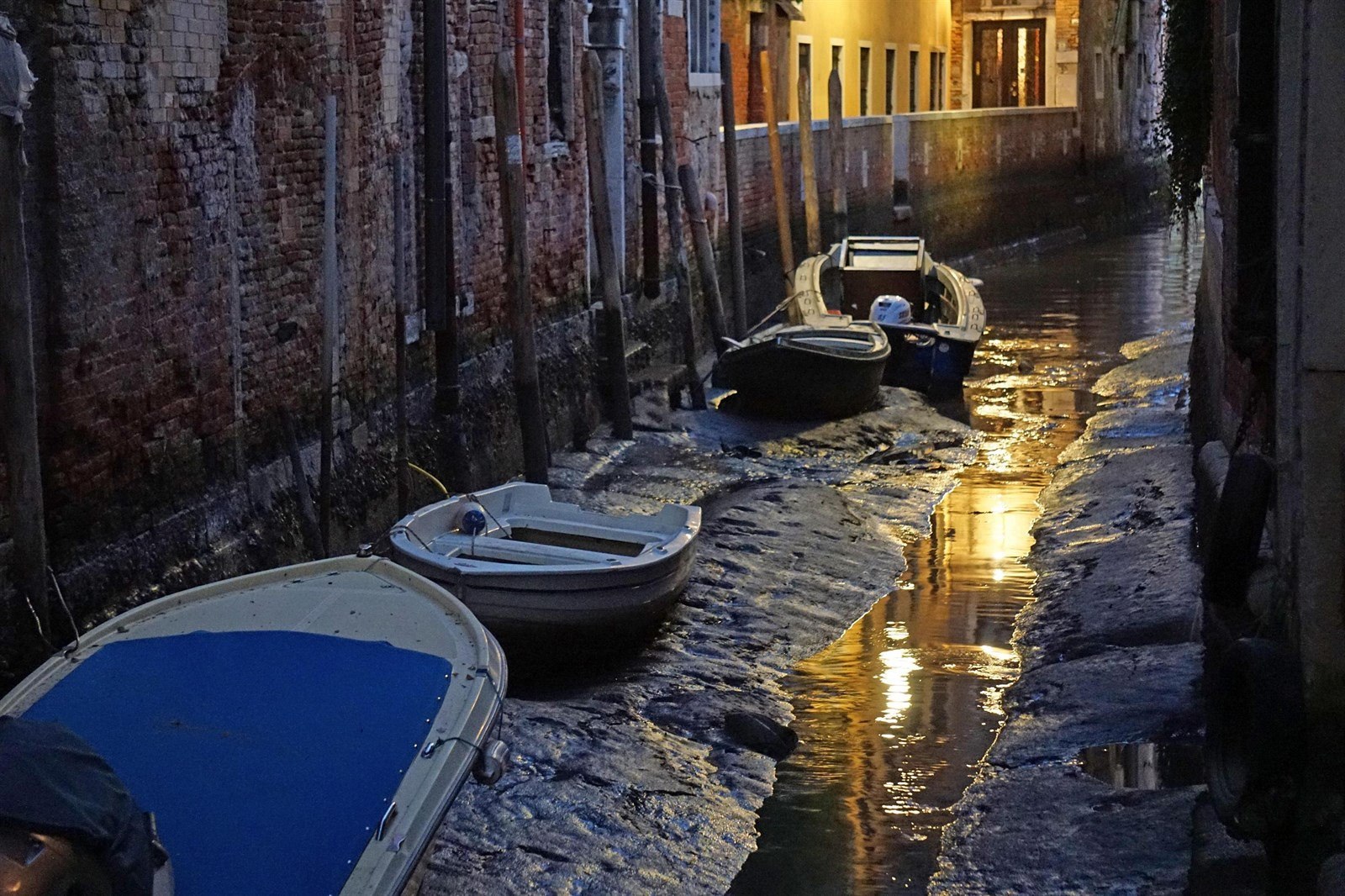 Actually, decrease in the water line as in the last several days, it is observed almost each 9 years. According to the Italian cable agency Ansa, now it makes from 66 to 70 cm below sea-level. The lowest was recorded in 1934: 121 cm below sea-level. 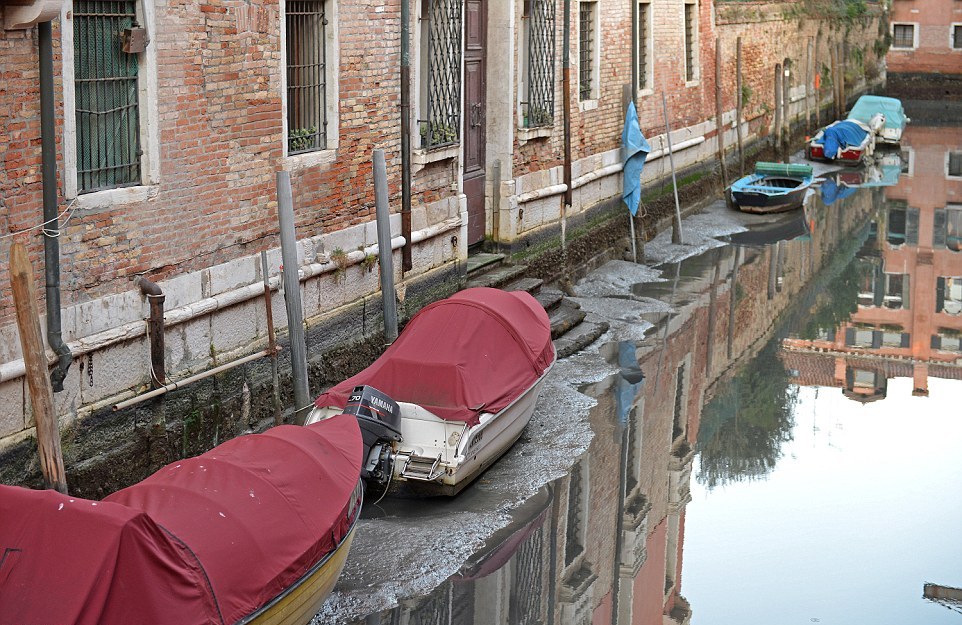 Passersby take the picture of an infrequent phenomenon.

The daily newspaper Repubblica writes that under the threat there is a navigation. It was necessary to change some routes вапоретто, water taxi of Venetians. They ply on the Grand channel in which for the present there is water. In small branches of the channel of the boat cannot go. 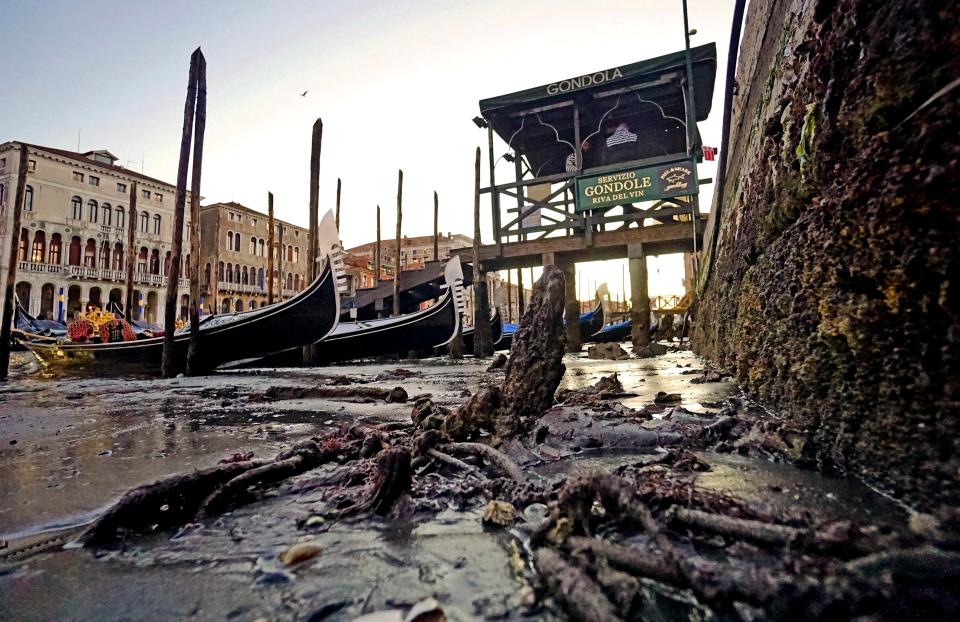 And here a few years ago the abnormal cold weather which set in in Italy became the reason that in Venice channels froze. The similar phenomenon in the city was not observed within the last 80 years.

In the north of the country because of plentiful snowfalls car traffic is paralyzed. In Venice the main way of movement is the water transport, and its work is not broken yet: water trams вапоретто continue to ply on channels, having changed in similarity of small ice breakers as the lamina of ice covered even the Grand channel, the main artery of the city. 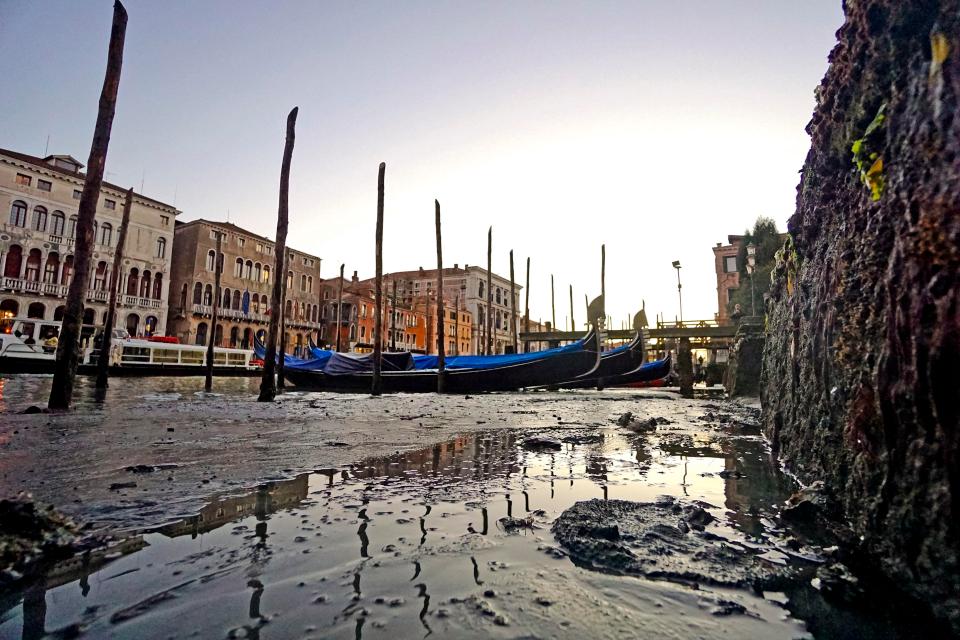 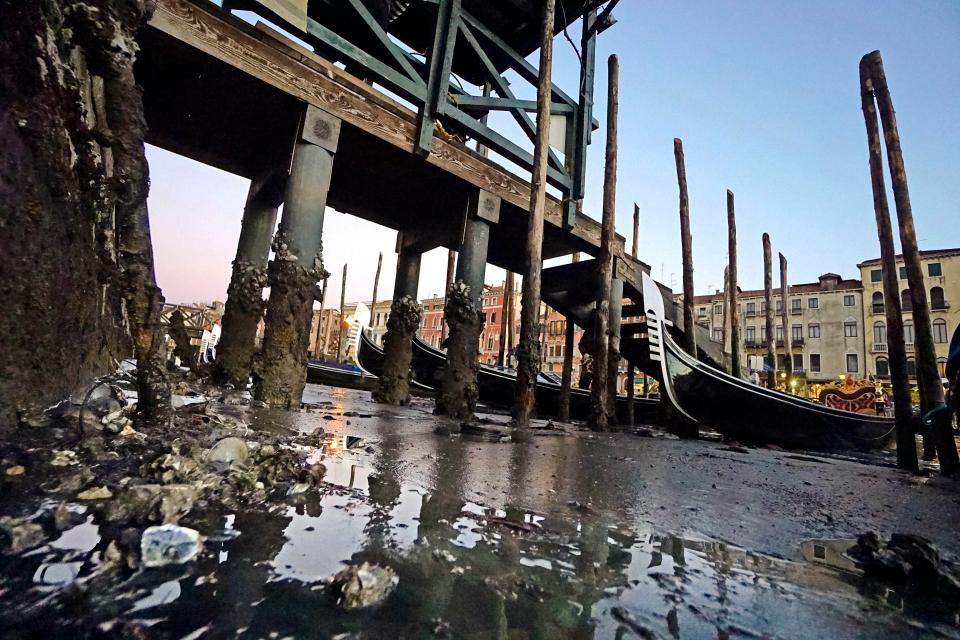 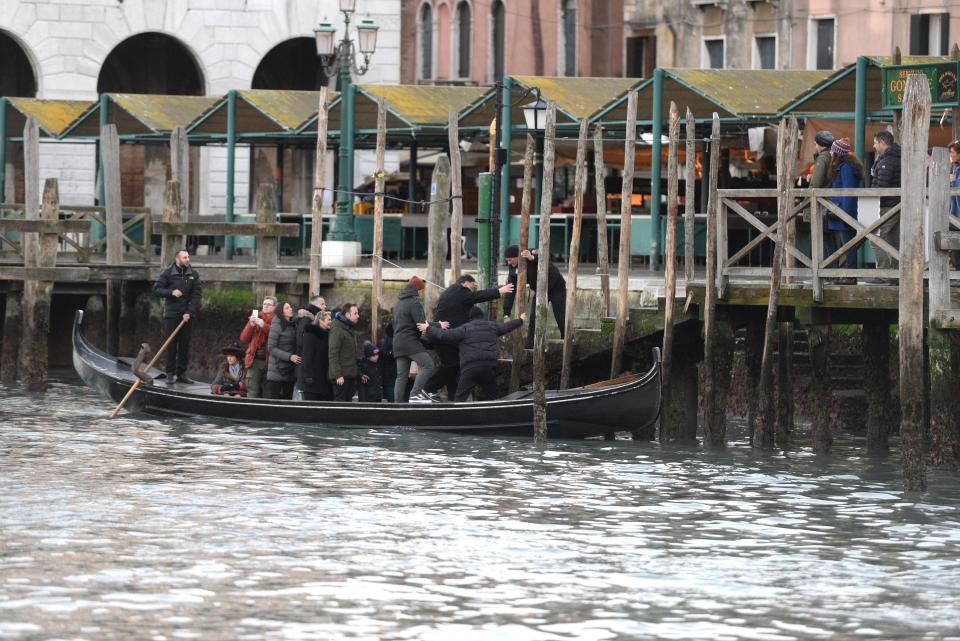 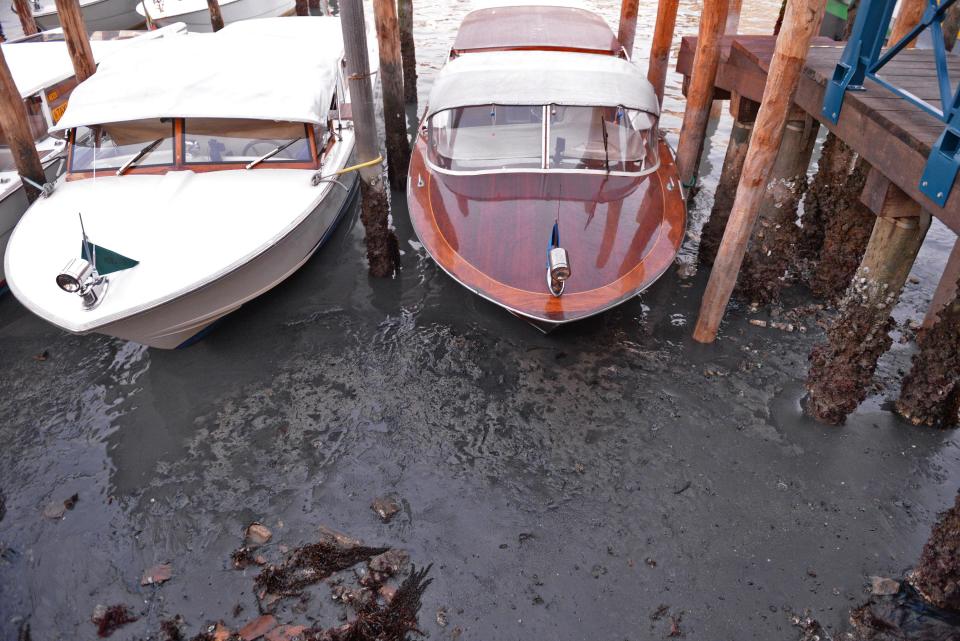 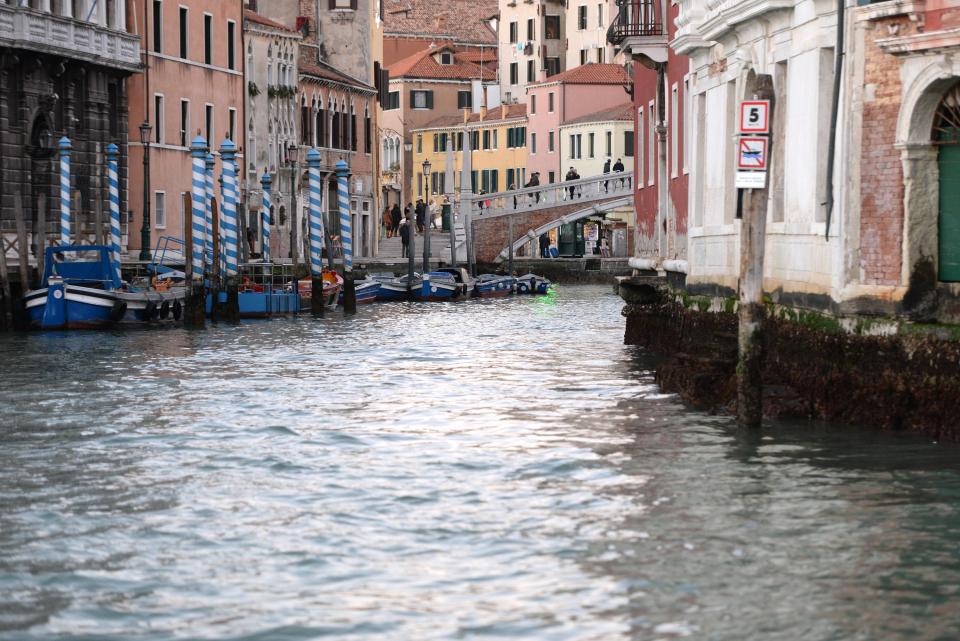 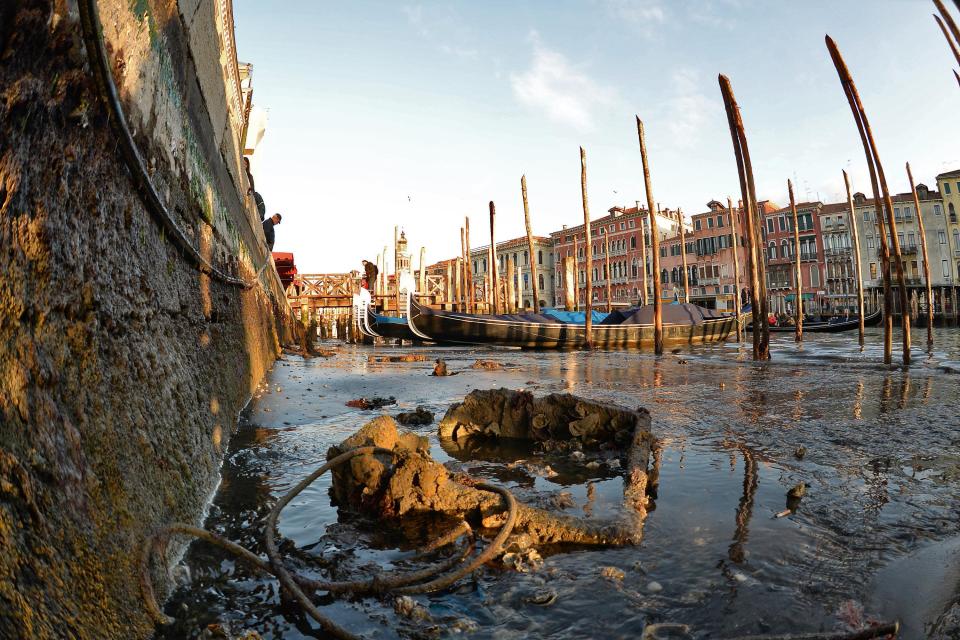 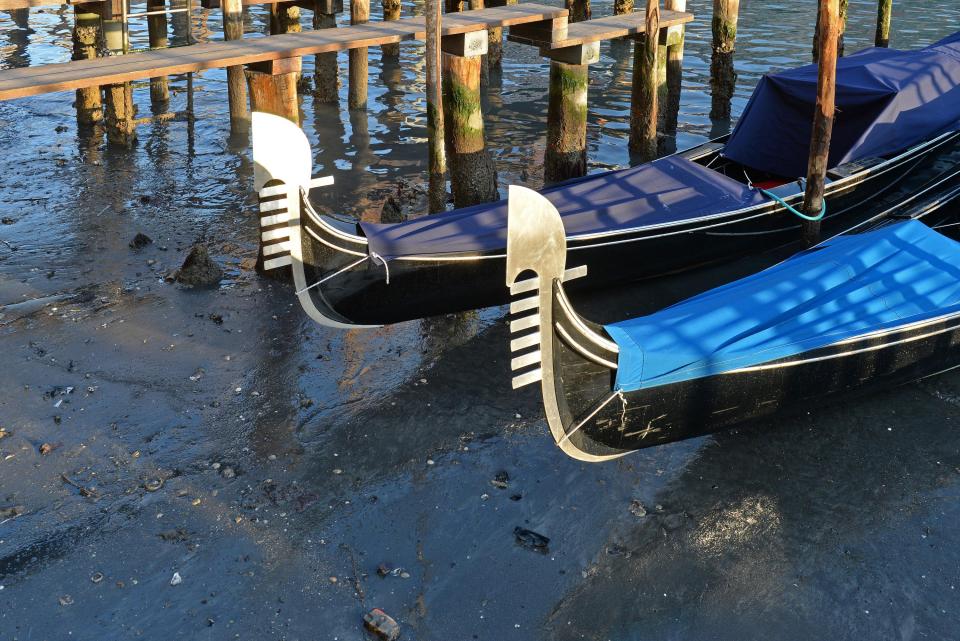 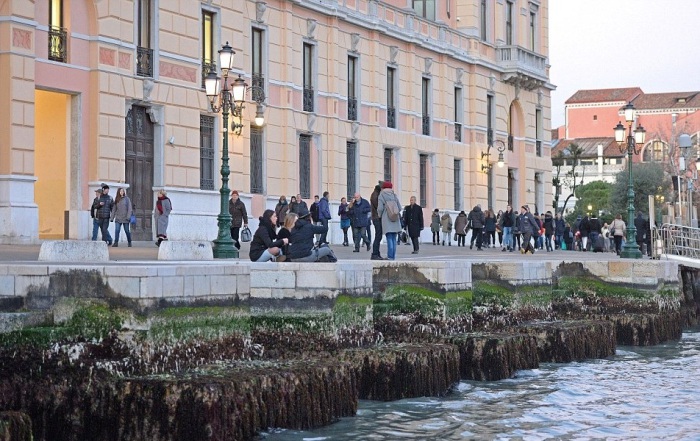