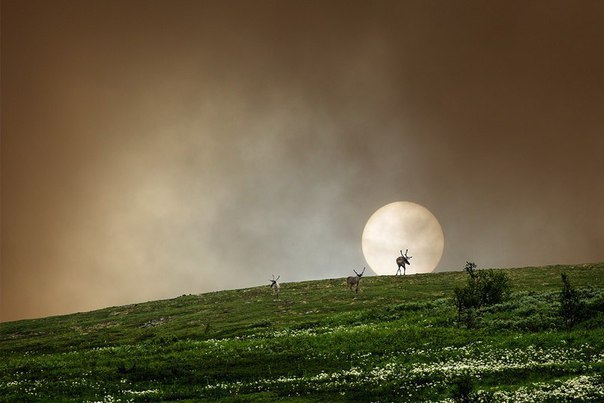 On the territory of the Komi Republic there are several places from which the ubiquitous and omnivorous rats run like a sinking ship. The largest is in the area of the Vishera river and its tributary Nusery: rodents are not found, and those who bring, or run away, or die. These cases have received its own name among researchers oddities – “Vishera” phenomenon. the Reasons for this behavior of rats is not exactly clear, there’s only popular versions. This fear of local land and scaring the animals pion ordinary, and magnetic anomalies.

It is known that the rat is one of the most enduring creatures on Earth. When people met with rats, hard to say. I think they were close to the person always. Europe was inhabited by the black rat, in Central Asia – Turkestan. With the first half of the eighteenth century, European cities began to appear a large gray-brown rats. Daring, cunning, crafty aliens displacing or even killing of black aborigines and rapidly multiplied, seizing territory outside the. It was the Norway rat, or scientifically, rattus norvegicus “Norwegian rat”. He replaced the black rat and is now chief of town and country predator. But, regardless of names and types, rats eat and spoil the human stocks, spread of disease, sustain the army of fleas. Nobody, of course, pleased them not was, but still, people have referred to their presence as the usual evil. Rats are omnivorous and omnipresent. In Europe, including in the North, rats live almost everywhere people live.

The old-timers say that during the war and before the war large part of the cargo in the area of Vishera delivered on barges. So rats in Syktyvkar in panic, leaving the barge that was headed for Vishera. Boggles the mind how they could guess the destination of the cargo. And all who have sailed on the river on boats, boats, barges, argue that when Bolshelug remains of 12-15 kilometers, rats in front of the place We-Women jump off the ships into the water. Once one rat “gape” and got to the boat. She jumped on shore, ran a bit and then died. Exactly the same story about the rats tell the residents of the village of Ust-Ilych to Trinity-Pechora region. There “entrance” to the rats is also prohibited for centuries.

Science has not yet answered why “Vishera” phenomenon. But there are several folk versions. Part of viseral sure rats are deterred by growing in these places, common peony (Paeonia) or its roots. But the same peony grows in other areas of the country, where rats feel quite “at home”.

Another version of the rats are afraid of the local land. Therefore, the ground of Vishera take the residents of the area, taking to themselves and spread around the houses and outbuildings. That rodents become less.

Place on Vishera, above which rats are not found, the tract GRD Choi (Red mountain). The clay here is red. Locals believe that this clay is a lot of cinnabar – a mineral mixed with mercury ore. It may scare away the rats. Another “soil” version, rats are deterred by the fact that in the vicinity of Troitsk and neighboring villages completely lacking iodine in water and soil. But none of the scientists these versions are not checked.

Another version of radiation. But its not just checked with a Geiger counter, radiation levels in the area below half of Syktyvkar.

There is a legend about a local witch Tuw. According to legend, he possessed a powerful magical gift. He obeyed the water element. So, being at the head of hunting team, TUV to overcome the dies, made it rain for two weeks. The river overflowed, and the water of his gang easily moved through the dies. Being under water and not leave the surface, TUV able to travel long distances, traveling from one village to another. He had a unique gift such as the ability to teleport. Once his gang was working late in the woods almost until Christmas, and all hunters got a little homesick. TUV noticed it and said it was time to go home, but must sleep in the hut another night. The hunters went to sleep and in the morning they all woke up in the village, in the house Tub. There were all of their equipment and prey. It turned out that each of the hunters that night, dreamed the same dream: that he flew from the fishing hut, flew in through the middle window in the house Tub and went to sleep on the stove. Competing teams TUV could “steal the way” what a great group of hunters kept returning to the place where they began. In addition, TUV credited with the gift of foresight. He, like Nostradamus, predicted the appearance of many of today’s technological advances: iron horses (tractors), birds (airplanes) and iron the web (power lines).

But, most importantly, TUV attributed to the absence of rats on Vishera and Nowshera. According to legend, it happened so. Once Tow back home to the city of Storozhevsk. After a few kilometers up the river, the sorcerer got tired and sat down to eat. But in the knapsack turned out to be just bread crumbs – rats ate all the bread. Prognuvshis on them, the warlock put a curse and said, “don’t go here Anymore”. Since rats can’t cross that, not visible to the other border.

Rats cause a lot of problems to mankind and has not invented the only true means from the ubiquitous rodents. So the answer to the mystery “Vishera” phenomenon can bring many benefits to all of humanity and grief to the community …a rat.