Water near the sea in Aktau turned red 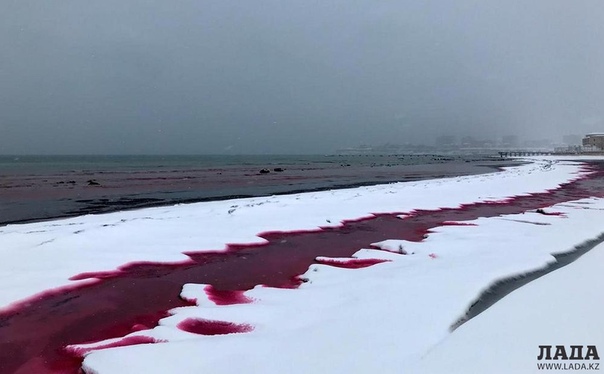 The color of sea water on the embankment of the village of Primorsky acquired a red tint, which worried local residents.

The Department of Ecology explained the redness of the Caspian. According to experts, there is no threat to the flora and population. This was reported by Raushan Tulepova, Acting Head of the Laboratory and Analytical Control Department of the Ecology Department of the Mangistau Region.

According to experts from the Department of Ecology, the reddening of the sea occurs due to the flowering of seaweed.

– It was in 2017 and in 2018. Redness is caused by the algae that live in the Caspian Sea; there are more than 25 species of them, such as laurence, polysyphony, melobesia, they grow in shallow water and give such a shade. In January, we carried out monitoring, there were already red spots, this is red seaweed. If you walk along the seashore, this plant is there, but in winter it becomes more noticeable as it blooms, ”said Raushan Tulepova, Acting Head of the Laboratory and Analytical Control Department of the Ecology Department of the Mangystau Region.