What caused the mysterious “sounds of the Apocalypse” heard in 64 places around the world this year? 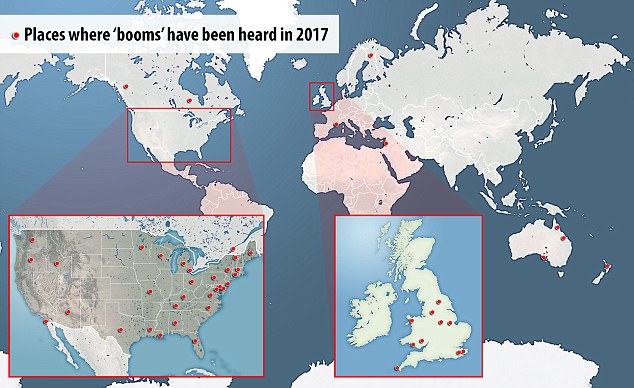 More recently, “hum” has been heard in most of Alabama. The proposed reasons include supersonic aircraft, an explosion on the ground or a meteorite explosion, but none of these hypotheses have been confirmed.

Other strange sounds occurred in Cairns on 10 October and Abergavenny on 11 May. Incidents with a strange buzz coming from the sky are becoming more frequent. Last week, Alabama residents were very frightened when a loud sound like an explosion was so powerful that it could be heard throughout the state.

Incidents are becoming more frequent, but their cause remains a mystery. Only this year, similar sounds occurred 64 times in places such as Michigan, Lapland, St. Ives, Swansea and Yorkshire.

The reason for their appearance remains a mystery, although several explanations have been suggested.

A sound stroke is a sound associated with shock waves created by an object moving through the air faster than the speed of sound – for example, supersonic aircraft.

Many inexplicable loud noises can be the result of military exercises conducted at army or naval bases or in remote areas used for such exercises.

A controlled explosion is a method of detonating an explosive device used in mining operations in quarries.

Many loud sounds are associated with unusual weather phenomena, such as thunderstorms.

Large meteors passing over the Earth often create shock waves that can be heard as a sound explosion.

Some suggested that the sound was caused by inversion – a phenomenon that occurs when a layer of warm air is located above a layer of colder air, increasing the sound of the aircraft for several tens of kilometers.

Some argue that mysterious sounds are noises created by extraterrestrials or rather by their flying machines.

8) Signs of the Apocalypse

Something bad is happening to our planet and these sounds are a consequence of these frightening changes.