Who or what kills boars in Florida? 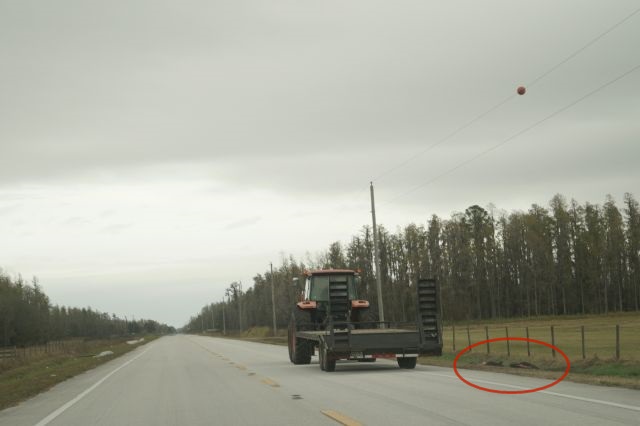 Corpses of wild boars with carved parts of bodies were found in Florida, USA.

Eyewitnesses report: At 9:45 am on January 2, 2018, my wife Tina and I traveled around Moore County in Polk, Florida. We were looking for bald eagles, which my wife had seen earlier on the same stretch of road.

Finally we noticed an eagle sitting not far from the road. We stopped our car, went out and began to watch the eagle. However, in addition to the eagle, we found something else unusual. 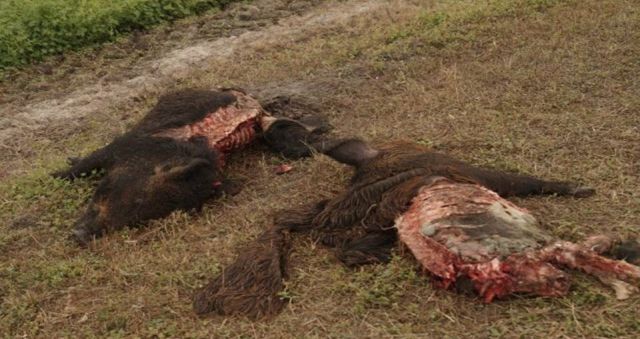 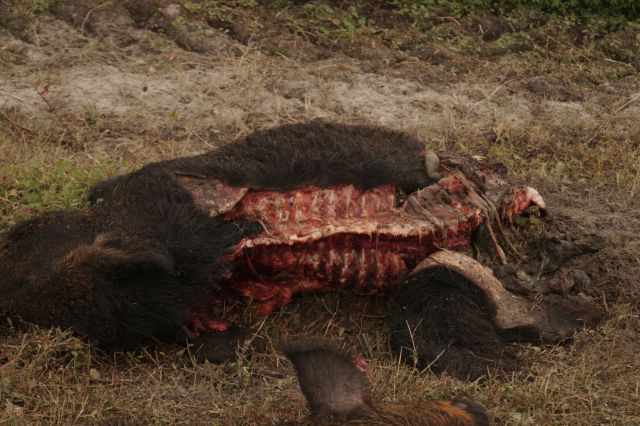 Two dead wild boars on the roadside, but they were not just dead boars, their bodies were disfigured. Someone carved parts of their bodies, as they usually describe, when they find mutilated bodies of animals abducted by aliens.

There were very few traces of decomposition, and the skin of the animals was surgically removed. Both dead carcasses lay side by side, right on the side of the road.