Why did the Chilean lake disappear? 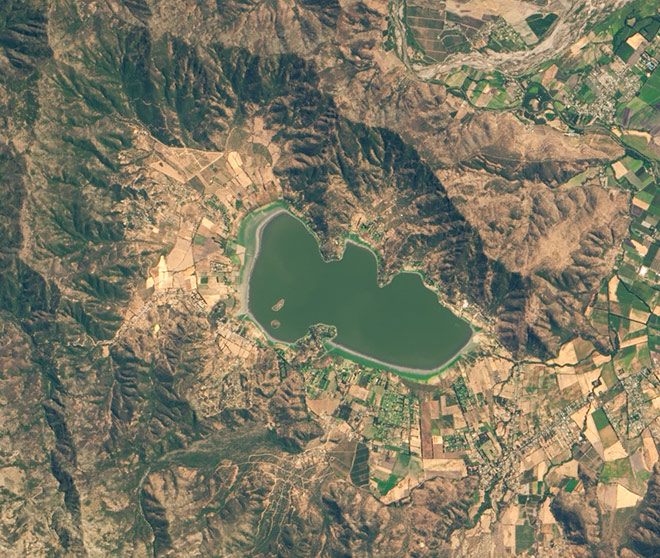 Chilean reservoir Laguna de Aculeo has long been a popular holiday destination for Santiago residents. Tucked away in a valley less than two hours from the capital, the shallow lake attracted yachtsmen, swimmers and water skiers. Its waters once filled an area of ​​about 14 square kilometers, and its depth reached 6 meters. But by April 2019, all the water had disappeared, replaced by a crust of dried mud and a cover of green vegetation. 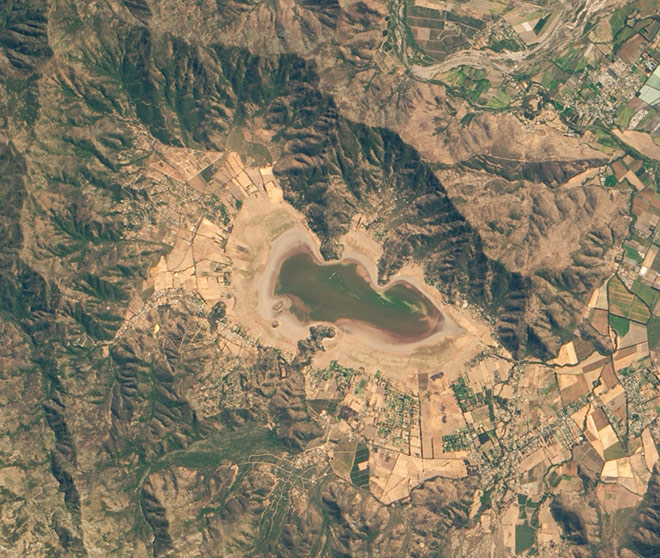 The satellite receives pictures of the lake every 16 days. They show that the lake was completely dry for the first time on April 10, 2018. Later, water sometimes gathered at the bottom of the lake, but for most of the summer it was dry. In 2019, the lake was dry with every observation.

According to scientists, several factors are involved. One of the main things is the absence of rain. Since 2010, there has been a strong and continuous drought in Santiago and the entire central part of Chile. The amount of precipitation annually decreased on average by 25–45%.

“Drought is not uncommon here, given our semi-arid Mediterranean climate. But this dry decade is unprecedented, ”said scientist Rene Garro of the University of Chile at Santiago.

Scientists attribute about a quarter of the intensity and severity of drought to global warming. They associate the rest with natural cycles in atmospheric circulation, ocean temperature, and precipitation patterns associated with the Pacific decade oscillation.

Garro estimates that about half of the water losses since 2010 are the result of drought. The rest is a consequence of irrigation and increased water consumption.

Runoff from the fields and gardens surrounding the lake has been a key source of water in the past, but irrigation systems have become more efficient, and runoff has decreased. For example, replacing rotating and mobile sprinklers with drip irrigation significantly reduces the amount of water remaining.

Meanwhile, the population of the neighboring settlement increased by 45% from 2002 to 2017, and over the last decade, water consumption in the region increased by 20%.