Why do UFOs kidnap people and animals? 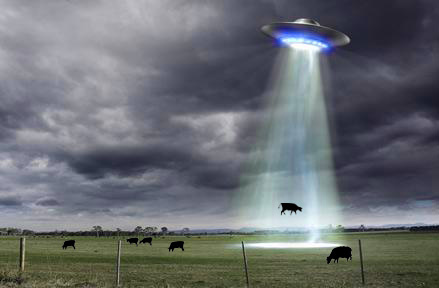 Workers of the forestry in the US state of Washington, which in the very north of the country at the border with Canada, witnessed an absolutely incredible event: right before their eyes in broad daylight an unidentified flying object abducted a huge moose!

On the day that it happened, the workers saw that from the very morning the herd of elk was peacefully grazing on the slope of a nearby hill, there were a dozen and a half. The herd consisted entirely of females and young one-year-olds; Males at this time of year are separately, in their “bachelor” herd, and graze slightly higher along the slope.

Now, heading for lunch, two workers – Francisco and Augustine, who overtook the others and almost reached the top of the hill, again saw this herd, but already from above. And at the same moment Francisco noticed a strange flying object, which slowly, as it were, stealthily, walked over the hill, following the terrain and pressing close to the ground.

The UFO flew about 50-60 meters below the point of the hill where Francisco and his friend were at this time, and the distance to it in a straight line did not exceed 800-900 meters. The object was clearly heading to the side where the herd was.

When the moose sighted the object, they rushed up the slope in an easterly direction, but their movement was severely hampered, since the mass of newly chopped deciduous trees was a thick fence of half-meter trunks sticking up like sharp peaks. There and then the road was blocked by real barricades from felled trees.

One elk lagged behind all and lost the landmark, moved to the other side, to the north. UFO clearly aimed at the loner and began to approach her. Astonished, Francisco, seeing this “hunt”, shouted to his friend, pointing with his hand to the side: “Hey, just look at this!”

Slowly swaying, the UFO moved at a low speed, not exceeding 8-10 km per hour. When he was level with the moose, this scene was already seen by at least three workers – Augustine, that he was walking next to Francisco, and the foreman of the foresters, who was about 500 meters from them.

The UFO came right over the elk and, without stopping for a second, somehow lifted it into the air, without any visible adaptations: neither the cables, nor anything like that was seen by anyone present! All, however, were extremely surprised at how generally this comparatively small aircraft could lift such a large animal.

Having gained altitude only so as not to touch the undergrowth, the object, all in the same vibrational rhythm, moved further, and the elk that hung under it looked now like a monumental metal sculpture, floating the same course exactly under the bottom of the UFO. The legs of the animal – in unison with the oscillations of the aircraft – periodically described the circular movements, almost touching the bushes and the tops of the severed low trees.

After some time, the UFO passed the cut down area of ​​the territory and approached the edge of the forest. He did not slow down and apparently did not make the necessary maneuver on time, since it clearly covered the tops of the trees. At such a distance workers could not clearly see what exactly – the disc itself, or the elk, or something else hit the upper branches, but everyone saw that the UFO suddenly abruptly “dived”, i.e. Decreased, changed direction to the opposite, but immediately went vertically upward. The eyewitnesses got the impression that at that moment the UFO nearly lost the moose cow. Climbing over the forest, the object moved northward, keeping at a small height above the very tops of the trees, then for a moment disappeared from view, sharply soared up at an angle of about 45o, and disappeared into the clouds.

The herd fell into one dense mass – as it happens every time when a mountain lion or any vulture appears, say, – and remained in such anxious state for at least two more hours.

The feeling of alarm was transmitted to the workers. For the rest of the day, they instinctively kept closer to each other, glancing up and up at the sky. Everyone easily imagined that if this flying thing could easily drag an animal weighing about two hundred and thirty kilograms, then even more for it it would not be difficult at any time to kill a man. Even those members of the brigade who did not see the abduction and at first teased their friends, now felt uncomfortable. People were worried that the UFO would return – for some of them …

However, the fears of this kind are not so unfounded as it may seem. Suffice it to recall the earlier and well-known among the ufologists case of October 1974, when not only the five elk that Carl Hijjon of Wyoming were hunting, but the hunter himself were victims of the abduction. The case was soon described in detail in the press as “a true story about the incredible contact of Carl Hidjon” (Timothy Green Beckley, “The True Story of Carl Hidgon’s Incredible Contact”, 1975), but then this message passed almost unnoticed – Because the story seemed too implausible.

Karl then became a participant in absolutely incredible events. After sending a bullet into the giant moose, he saw with astonishment that she suddenly stopped literally in flight and flapped to the ground: her trajectory was as if cut off halfway. Discouraged hunter looked around: who would do this? Behind him he saw a more than strange other “hunter” dressed in a tight-fitting overalls, and nearby – an awkward little rectangular-shaped aircraft standing on the ground, looking more like a transparent box. Dimensions of the “box” Hijjon on the peephole determined as a meter and a half to two. A stranger remotely resembling an Oriental with his small, careless little eyes, big teeth (chin, however, was generally absent) and sticking out short hair, asked Hijon if he would like to board. The hunter did not have time to figure out anything or move at least one muscle, as he found himself inside that “strange thing,” wondering how he – so big – could fit into such a small “box”. The only thing that occurred to him was that it was somehow “reduced”. Inside the same “box” Charles with even greater amazement saw five moose, which he hunted. The moose lay motionless in some transparent container. Are they all – how could they fit in here? ..

Well, and then there was the “standard program”: the outsiders “examined” it, took it somewhere far away – sort of like to another planet, and then they returned to the same uninhabited place from where they were taken away, but Karl remembered all this very vaguely …

It would be possible to doubt this story, if there were not a lot of indirect evidence of what happened, including an inexplicable disposal of kidney stones, the appearance of scarring on the lungs, and so on. The pickup on which Hidjon was hunting was later discovered somewhere in the middle of the field, but not a single trace of the tires was found around the truck. How did he get there? .. And only under hypnosis Karl remembered all the details of the incident, not ceasing to be surprised how in a small “box” the size of two and a half meters could squeeze himself, and a strange kind of stranger, and all five moose …

This case serves as another confirmation of the unthinkable technical capabilities of unidentified flying objects. If to all of this we add numerous reports of cases of abduction and extermination of all sorts of domestic animals and, above all, cattle by the “plates” or “disks”, then the UFO interest in elks logically fits into the general known scheme. Moreover, this version of the “collection of biological material”, apparently, seems to be even simpler and more accessible for the UFO, since everything happens far from populated areas, where angry farmers or, for example, curious ufologists hardly “notice” the dish.