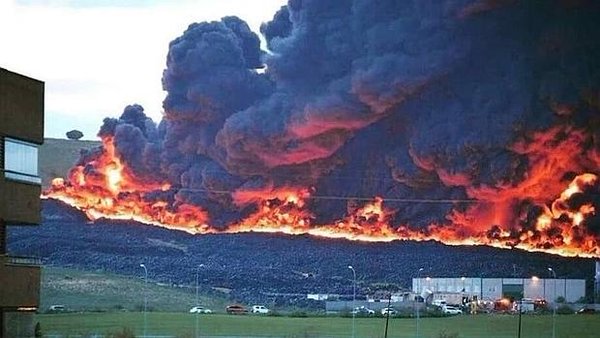 Inhabitants of several settlements of the Spanish Autonomous community of Castile-La Mancha, a total of about 9 thousand people were evacuated because of a fire at Europe’s largest junkyard tires.

In particular, we are talking about the inhabitants of El Kinion-de-Seseña, as well as El Pocero. As the representatives of local authorities, 80% of residents of Kinana already evacuated voluntarily, the rest for security purposes, will be removed in the near future. It is clarified that to date, burned 70% tires.

A fire broke out in the night on Friday. Dumping tires is located in the municipality of Seseña and is 11,4 ha. Only it holds 70 thousand old tires. Currently on the scene, 21 fire brigade and two helicopters.