A growing number of victims of a train crash in Italy 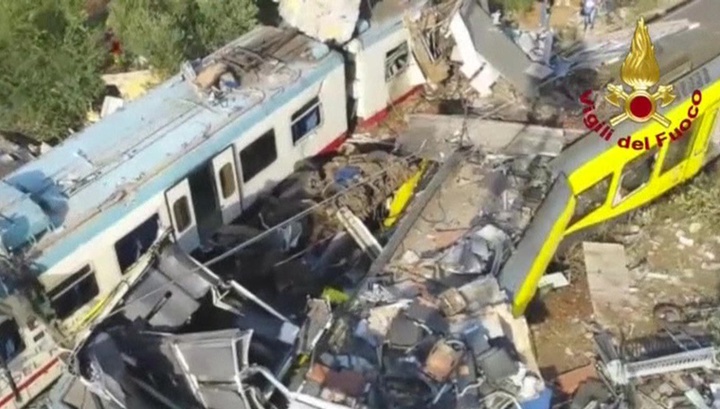 The number of victims of a train crash in the South of Italy rose to 27. Over 50 passengers were injured and are in hospital.

The accident occurred in the afternoon of 12 July in the vicinity of Bari. On the collision of two passenger trains.

At the crash site arrived the Prime Minister of Italy Matteo Renzi, which he expressed condolences to the relatives of the dead and injured.

As for the causes of the disaster, they are two: a failure of automation and the human factor. Experts are now studying the black box recording of one of the trains. Investigators, in turn, expect the testimony of the driver. He survived, but was seriously injured.