A large meteorite exploded over Turkey 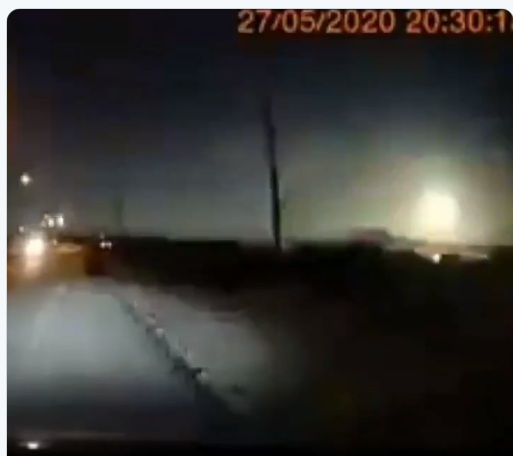 A large meteorite entered the dense atmosphere and exploded over the northern part of Turkey at about 20:35 on Wednesday evening, May 27, 2020.

Based on the trajectory of the meteorite, it moved in a direction from west to east, from the area near the city of Surmen in Turkey to northwestern Azerbaijan.

“It was like an ordinary meteorite, but then it started to burn and became really bright,” said one witness in Kasutu.

A fireball has also been seen in several provinces, including Artvin, Erzurum, Sivas, Tunsel, and Ardahan.

“According to our first estimates, we think that he could fall into the sea,” said Ozan Unsalan, assistant professor of physics at the USE.