A passenger aircraft caught fire while landing in Singapore 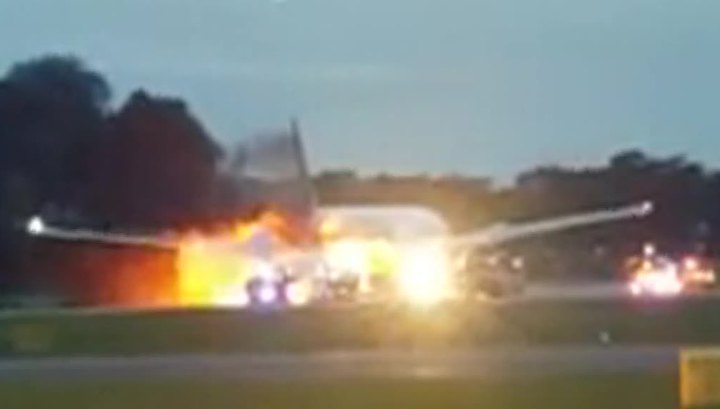 Singapore Changi airport passenger plane, Singapore Airlines made an emergency landing, during which lit up one of the wings of the liner. As a result of incident nobody has suffered.

Passenger Bieing 777 carried out flight on the route Singapore – Milan. Two hours after departure due to problems in one of the engines, the aircraft commander decided to return to airport of departure. According to preliminary data, the problems were related to the fuel leak.

During landing on the surface located on the starboard side of the wing there was a large fire. Firefighters arrived to the place of landing of a burning plane in a few minutes. Currently being investigated all the circumstances of the incident.