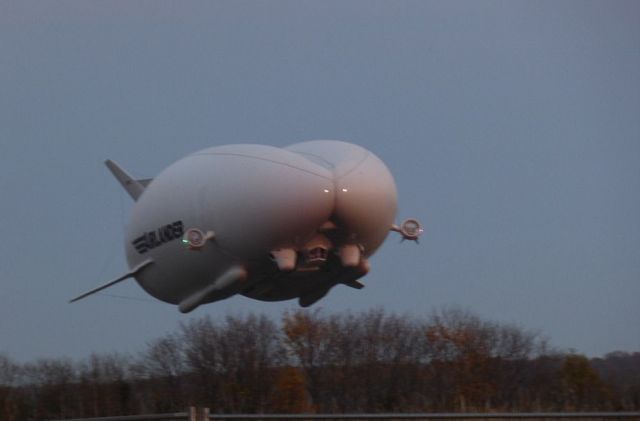 The British airship Airlander 10, considered the largest aircraft in the world, suffered serious damage after the fall. This is the second similar incident in two years. In August of last year Airlander 10 hooked on wires.

When the 92-meter airship fell, an employee of Hybrid Air Vehicles, who created the device, was injured. It remains to be seen whether the company will rebuild the airship. Tests were conducted in Cardington, County Bedfordshire. It is reported that there was no one on board.

As representatives of the company said, at the time of the accident the airship was not tested. For the time being, an unknown reason, he disconnected from his mooring mast. The device had a security system that works when the airship is detached from the mooring mast. It starts the process of releasing gas from the shell. After the incident, the nearby roads were temporarily closed by the police.

Airlander 10, originally designed for military purposes, was later considered Hybrid Air Vehicles as a means of transporting traveling passengers. It was assumed that commercial operation of the device will begin in 2019.

The Airlander 10 airship is capable of carrying up to 60 people and 10 tons of cargo. The maximum speed of the aircraft is 150 km / h.