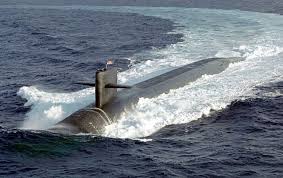 Nuclear submarine Navy USA Louisiana-armed ballistic missiles, collided on August 18 with a small supply ship in the waters near the coast of the U.S. state of Washington. This was announced on Friday, the command of the Pacific fleet of the U.S. Navy.

Armed ballistic missile submarine Louisiana collided with a supply ship of the U.S. Navy in the Strait of Juan de Fuca off the coast of Washington state, – stated in the message.

As noted in the statement, the victims in the incident.

Submarine after the incident returned safely to the nearest port, and ship to the air force base Kitsap. Information about possible damage is not given.

Investigation of the incident – said command of the Pacific fleet of the U.S. Navy.