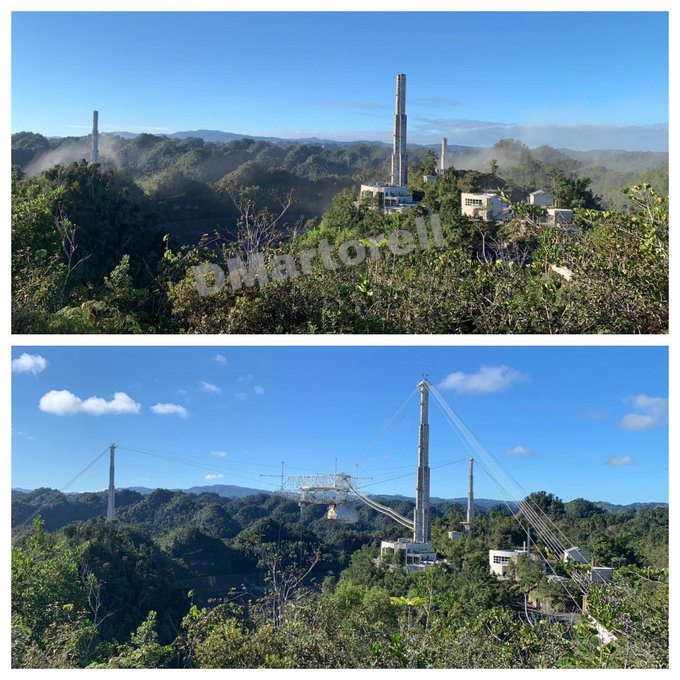 A multi-ton suspended platform of the Arecibo radio telescope collapsed in Puerto Rico. Meteorologist Deborah Martorell wrote about this on her Twitter page, attaching the corresponding photo.

Information about the incident was confirmed by the US National Science Foundation. It is noted that no one was hurt as a result of the incident. An assessment of the situation is carried out, priority is given to the safety of workers.

Experts thought about how to fix the installation, but came to the conclusion that this is fraught with negative consequences. Problems at the radio telescope began in August of this year, as one of the cables, supporting the booth with the receiving equipment hanging above the antenna, burst. 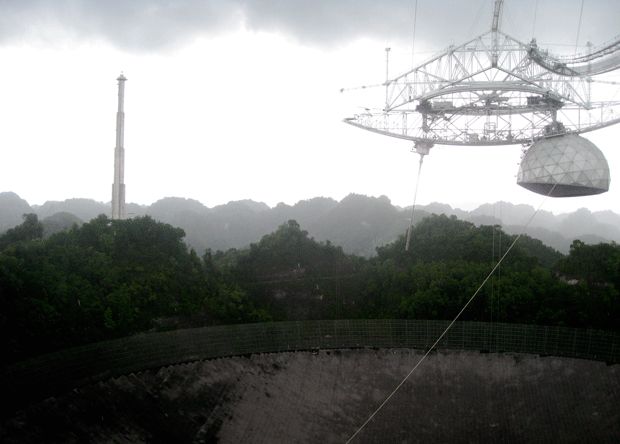 Photo of Arecibo, taken in 2008. On the right is a platform with an irradiator, which collapsed.

Corresponding member of the Russian Academy of Sciences, head of the scientific program “Radioastron” Yuri Kovalev wrote on his Facebook page that the collapse of the installation was due to the falling antenna feed.

The Astronomical Observatory was officially opened in November 1963. Its “stuffing” has been improved several times. Thanks to the radio telescope, many discoveries have been made.

“Arecibo” can be seen in many films. Many tourists came to the installation every year to see the large structure with their own eyes.