Boeing 767-300 caught fire during takeoff at the Chicago airport 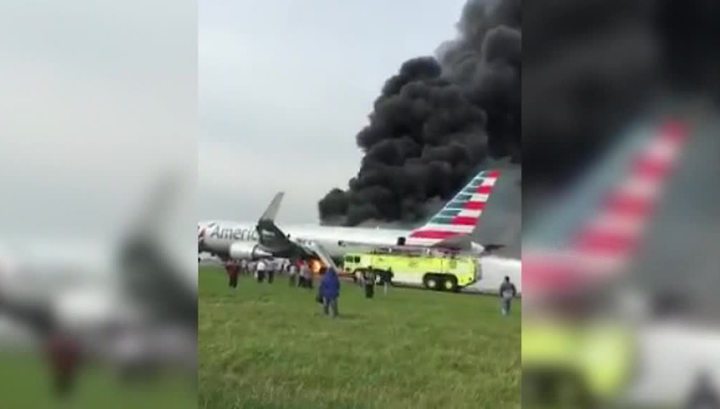 The cause of the incident on Board the aircraft Boeing 767-300 of American Airlines in Chicago, which injured about 20 people, could be a serious engine malfunction.

As specified, the cause of the accident could be a serious and rare engine malfunction. According to experts, as a result of this uncontrolled engine failure of its component parts falls out and can damage the liner.

Previously, the Federal aviation administration of the United States of America reported that the aircraft aborted the takeoff from O’hare airport in Chicago due to a punctured tyre. Later, the Department reported a technical fault. American television has broadcast footage in which it was evident that on Board the fire occurred. The liner was covered with black smoke, and the right wing of the aircraft was partially melted.