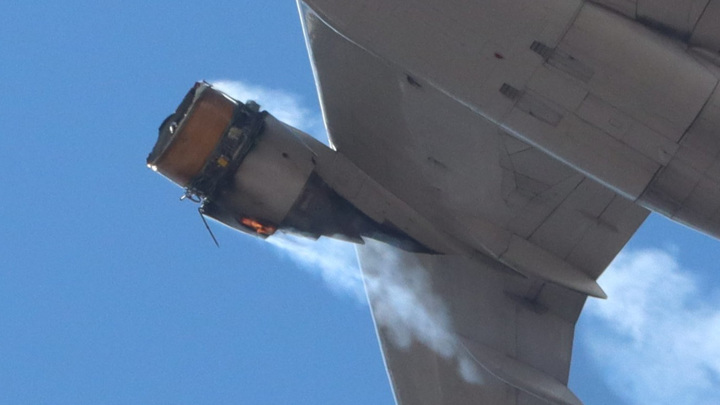 In Colorado, the crew of a Boeing 777-200 was forced to return to the airport of departure due to a serious accident, according to the news resource Airlive.

The United Airlines plane took off from Denver on the evening of February 19 and was supposed to land in Honolulu. However, in flight, the 1994-built liner exploded and the engine caught fire. Large parts of the powertrain plating fell into residential areas of the town of Brumfield.

The crew urgently turned the car back. 30 minutes after departure, the airliner safely landed at Denver International Airport. According to preliminary data, no one was hurt.