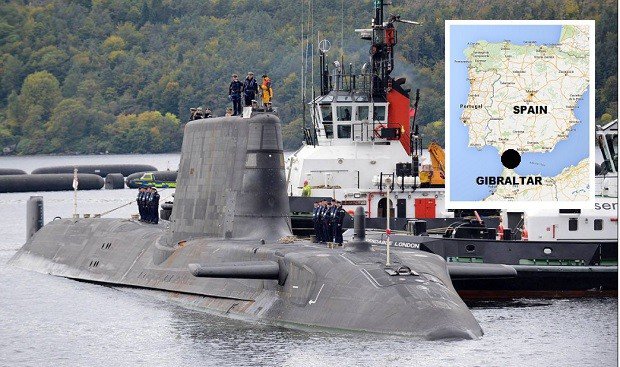 British nuclear submarine Ambush collided with a merchant vessel off the coast of Gibraltar and went for repairs in the docks, reported in the report of the Royal Navy on the website of the Ministry of defense of great Britain.

“At approximately 13:30 local time (20 July, 14:30 GMT.) submarine Ambush type Astute when submerged and carrying out training maneuvers encountered on a sliding trajectory with a merchant vessel off the coast of Gibraltar”, – quotes TASS. Astute – type the most powerful, largest and most modern submarines in service with the British fleet.

Civilian ship, according to initial indications, was not harmed. “The submarine had suffered external damage, but its nuclear power plant was not caused absolutely no damage, was not injured members, the members of crew”, – stressed in the defense Ministry.