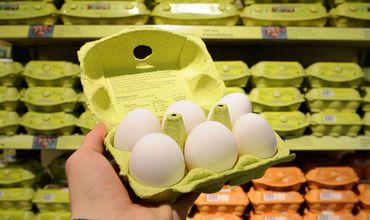 Chicken eggs, infected with fipronil, got into 15 countries, including outside the European Union, told the representative of the European Commission Mina Andreeva.

“In total, problematic eggs were found in 15 states. In four countries – the Netherlands, Belgium, Germany and France – the poultry farms that used this substance were blocked. The products of these farms have already been received by Sweden, Great Britain, Ireland, Austria, Luxembourg, Poland, Romania, Slovakia and Slovenia, as well as Switzerland and Hong Kong, “Andreeva said.

So, according to the Ministry of Agriculture of France, the country sold more than 48 thousand eggs containing fipronil. Earlier, two batches of infected eggs were identified.

“The first batch – from Belgium – contained 196 thousand eggs and entered the market between April 1 and May 1. There were no health effects to consumers. But there is a second party from the Netherlands, containing 48 thousand eggs, “said the head of the ministry Stefan Traver.

The scandal with the infection of eggs with a chemical flared up in early August, when it became clear that the Dutch and Belgian poultry farms illegally used fipronil to fight insect parasites. The products with the chemical were mainly supplied to the EU countries. Around the world, several million eggs have been recalled.

Fipronil is used to fight fleas, mites and other parasites, it can cause a person to have liver, kidney and thyroid damage if it enters the body and accumulates in it.