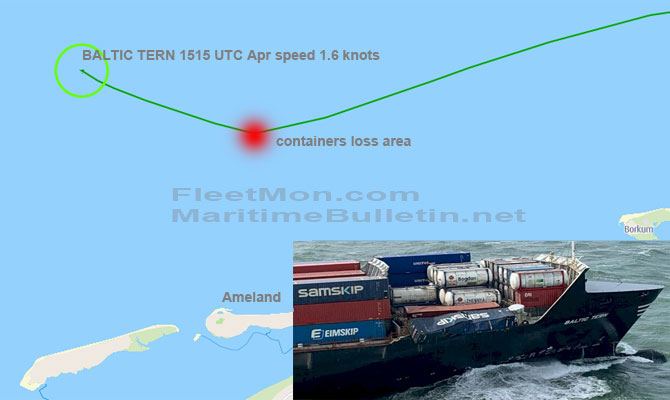 Container ship BALTIC TERN, caught in a powerful storm on the morning of 7 April and lost 5 containers in the North Sea about 15 nautical miles north of Ameland Island, West Frisian Islands, Netherlands.

After the loss of cargo, the ship slowed down and continued to move northward since then, probably to avoid additional losses and collapse of stacks of containers.

The vessel enters from St. Petersburg to Rotterdam. Three containers are loaded with goods, one empty, the other with acetone. The containers are reported to be drifting southeast, so they may end up on the coast of the West Frisian island.

One lost container of acetone is a container tank. The containers on the upper deck in the bow collapsed, some, as seen in the photo, are damaged.