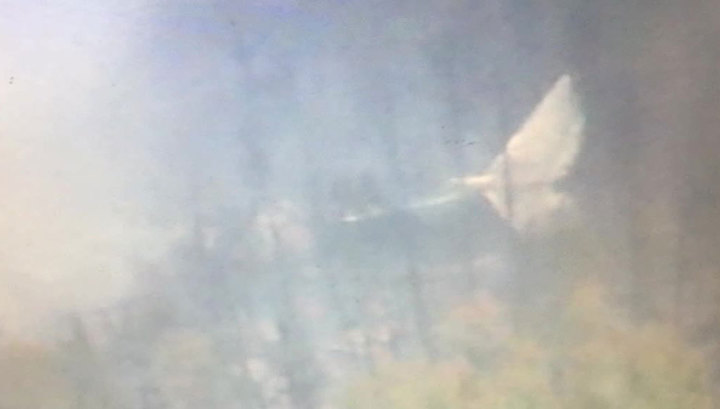 In a remote area of the Irkutsk region on the slope of a hill found fragments of the crashed plane Il-76 EMERCOM of Russia, gone before when fighting forest fires.

The site of the crash found the crew of the helicopter Mi-8 carrying out a flyby of the area of forest fires in the Kachug district of the Irkutsk region. Now find the details, as the helicopter is still in the air. According to the press service of the regional government, from the crashed plane remained only the tail. Paratroopers of the security service of the forest landed on a place of falling silt-76, they now clears the ground for landing of helicopters.

To the crash site of the Il-76 flew the Governor of Irkutsk region Sergey Levchenko, Deputy head of the EMERCOM of Russia Leonid Belyaev. They flew over the crash site, where experts are currently working on the “Tsentrospas”. Presently there arrive additional forces rescuers to conduct search operations. Also helicopter Mi-26 of EMERCOM of Russia in the area of the crash sent the investigators of the Investigative Committee of the Russian Federation and experts of the Interstate aviation Committee.

According to a source in aviation circles, the plane Il-76 could break, hooking the hill. “According to one version, in conditions of poor visibility given the fact that the plane was flying at a low altitude, he could catch, or to face a volcano,” he said, stressing that while it is one of the versions. “The phase of the field investigation is still in its infancy,” — said the source.

As reported, owned by fsbi “rescue company” Russian Ministry of emergency situations Il-76 aircraft disappeared from radar screens on 1 July this year. The Board took part in extinguishing forest fires. The crew in due time have not made contact. On Board the missing aircraft was a crew of 10 people.