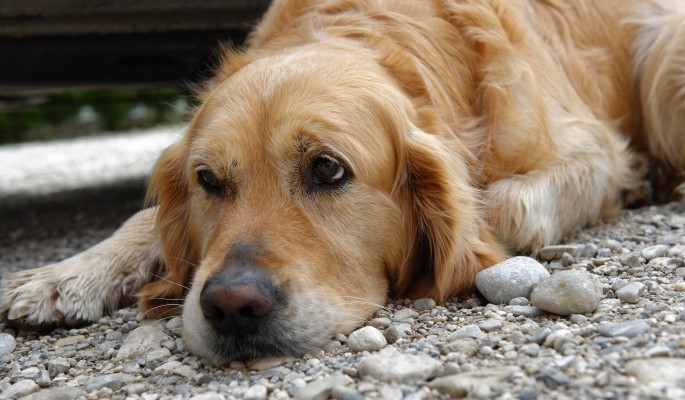 A touching story of devotion to the host of four-legged friend, fortunately, ended happily, occurred on new year’s eve with a resident of Michigan (USA) named Bob.

On the evening of 31 December, Bob was at home with his Golden Retriever for named Kelsey. The man was watching the football, but during a break I decided to run outside for firewood for the fireplace. At this point he slipped and fell, breaking his cervical vertebrae.

Bob tried to call for help but his neighbors live far enough to hear his screams could not. The man lay paralyzed in the snow and risk freezing to death, but he came to the aid of Kelsey.

Dog for nearly 20 hours was on the master, licking his hands and face to warm. By morning the man got the voice and he could no longer scream. However, Kelsey never stopped barking.

In the end, for the first evening of Jan call Kelsey heard a neighbor, who called an ambulance. Now Bob is grateful the dog that she saved him from a ridiculous death.

I was very surprised that did not get any frostbite. I am sure that this merit Kelsey, who kept me safe and warm, said the man.

After the operation, the state of Bob’s stabilized. He can move all extremities and is undergoing intensive therapy.