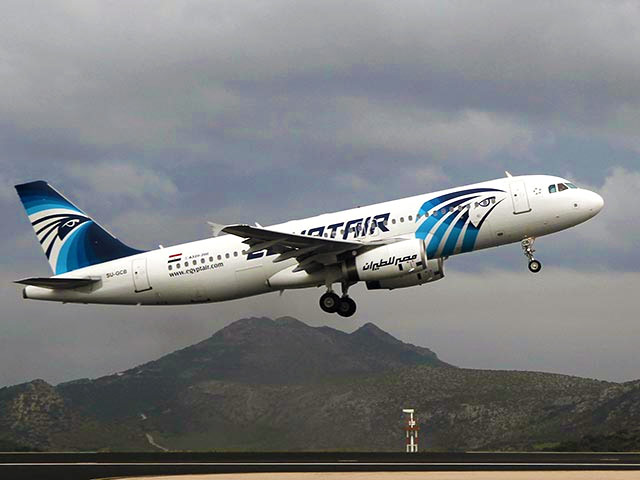 The attorney General of Egypt Nabil Sadik asked France and Greece to transfer to the Cairo data concerning aircraft company A320 EgyptAir, flying from Paris to Cairo and on may 19, the victim of the crash over the Mediterranean sea.

The data requested by the Egyptian Prosecutor in the French colleagues, are documents about the stay of the aircraft at the airport Charles de Gaulle, the video departure and the audio record of negotiations of pilots with the French air traffic controllers. The newspaper Al Ahram writes that the prosecutors have discussed the transmission of data on the phone.

In addition, the Egyptian Prosecutor asked the Greek authorities to transfer the transcripts of negotiations of the pilot with the Greek air to deny reports that the plane supposedly filed a distress signal.

The main version of the causes of the crash of the Airbus remains “internal explosion”. Investigators are trying to determine whether the A320 was shot down by terrorists or there was a technical fault. The second indicates the alarm of the smoke shortly before the fall of the liner.

Reasoning about the disaster took a new twist after the sources of the French TV channel M6 in Paris reported that the pilot Mohammed Ali Shakir reported the Egyptian air traffic controllers that he needed to try to make an emergency landing because the plane is filled with smoke. The conversation between the pilot attempted to retain control of the aircraft, lasted “a few minutes”.

EgyptAir officials have denied the message M6, stating: “the Statements made by the French TV channel, not true. The pilot did not contact air traffic controllers before the incident”.

Emergency descent can be dangerous because they cause severe pressure changes in the cabin, and presumably can lead to disaster. However, this is not the only theory of the crash.

The pilots of Turkish Airlines saw a green UFO

Two pilots of Turkish Airlines flying in Thursday evening, may 19 from the Turkish resort of Bodrum in Istanbul, said that he saw an unidentified flying object, green in color, which flew over their plane near Silivri, just hours before the EgyptAir disaster.

The pilots described the UFO to air traffic control at Istanbul airport as “an unidentified object with green lights flying three thousand feet above us,” reported Turkish newspaper Hurriyet. “The object was recorded at a height of 17,000 feet at about 23:30 PM. Then he suddenly disappeared, I think it was a UFO,” added the pilots.

According to the Department, no objects, similar to what was described by pilots on radar were recorded.

Egyptian investigators say that talking about the causes of the disaster too early. May 23 from the port of Toulon to the crash site of an airliner to survey the bottom sent to the French submarine. Egypt expects to find the wreckage, black boxes and remains of passengers and crew members using unmanned submarines, which were previously used for geological studies.

Early on the morning of may 19, over the Mediterranean sea EN route from Paris to Cairo A320 aircraft suddenly began to lose height and, having made a few sharp turns, fell into the water. On Board were 66 people: 56 passengers, including three children, and 10 crew members. In the airline lists including representatives of 12 States, most of whom were Egyptians and the French. The wreckage of the missing ship discovered South of the Greek island Karpathos.